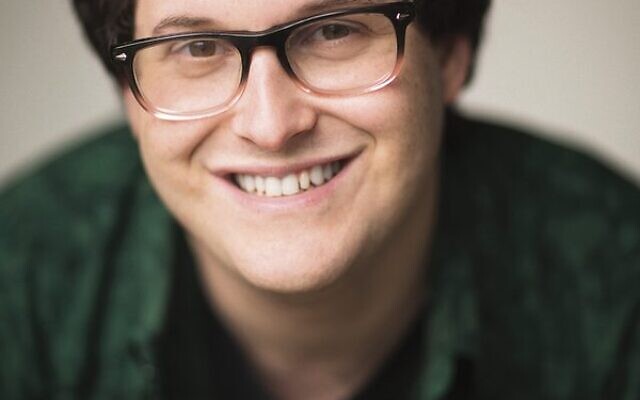 The SmartFone Flick Fest (SF3) returns in November this year with a record-breaking number of entries from around the world. Moriah College and Newtown High School of Performing Arts alumnus Jared Jekyll has entered his short film, Free Hugs.

A long-time actor, and theatre-maker, Jekyll said it was only a matter of time before he started creating his own films.

“Since I was a kid, I have been enamoured by cinema, especially psychological thrillers: the beats, the tension and release, the misdirects of where you think it’s going versus where it does,” he told The AJN, before explaining that he met his Free Hugs co-creator, Seaton Kay-Smith, on the stand-up comedy circuit and the pair had been discussing a project together for decades. In Jekyll’s words, they share a similar interest in “genre-bending and weirdness”.

After winning Best Actor at SF3 a few years ago, Jekyll realised that the only thing he actually needed to create a brilliant film was sitting right in his pocket – his smartphone – which is the very premise behind SF3: a smartphone film festival for filmmakers of all ages.

“Seaton and I were playing with the idea of ‘nothing being truly free – there’s always a catch’. We tried to create a conclusive tale that marries high and low stakes, with a splash of horror and comedy that would be done and dusted in just three minutes,” Jekyll recalled. “A short film can be so fulfilling for the creators and the audience if done right.”

Free Hugs was based on the idea that hugs are genuinely free. Yet, one of life’s most wonderful treats were taken off the market with the COVID-19 pandemic, and, in turn, taken for granted.

The whole thing was written, shot and scored in two days.

Jekyll is particularly proud of the fact that Free Hugs has been named a finalist.

“It’s very exciting to be a finalist considering we made the film as a fun little passion project in such a short time frame and were able to deliver something half decent,” he said. “I am super excited to see what we can achieve with better organisation, and a better knowledge of the technology we were using.”