AT 5.30am, we touch down at Ben Gurion. I whisper a Shehecheyanu. I’m in my spiritual homeland. Another visit, and hopefully some adventures to accompany the business of this trip – which is to be shown the latest in Israeli printing technology. Israel is a world leader in this field.

I wait edgily at the baggage carousel and when hardly anyone’s left and my bag has still not arrived, I get a sinking feeling. At the baggage counter, they peer at a computer and calmly tell me my suitcase is still in London.

“This is terrible!” I exclaim. I’ve been travelling for almost two days from Australia, and will need to face my conference in the weary shirt now sticking to my back. For my troubles, I’m handed a reference number.

My taxi pulls into the Tel Aviv Hilton, secured behind booms in a compound fronting the merge between Rechov Eliezer Peri and Rechov Hayarkon.

I settle into my room – it’s a great one, with a sweeping view of the Mediterranean – I head out again to go exploring and shop for emergency replacements, in case I don’t see my luggage for a while.

I snack on falafel at a little stand on Ben Yehuda, then find the beach. I walk along Frishman to the Shlomo Lahat Promenade on the shoreline. I buy a shirt in a shopping mall on Dizengoff, just south of Dizengoff Square.

When I return, I phone reception about my suitcase. I’m ready to ask them to do battle with British Airways, but the concierge calls me back – it’s arrived and will be brought up to my room. I’m relieved. After unpacking, I fall into bed, jetlagged and exhausted. 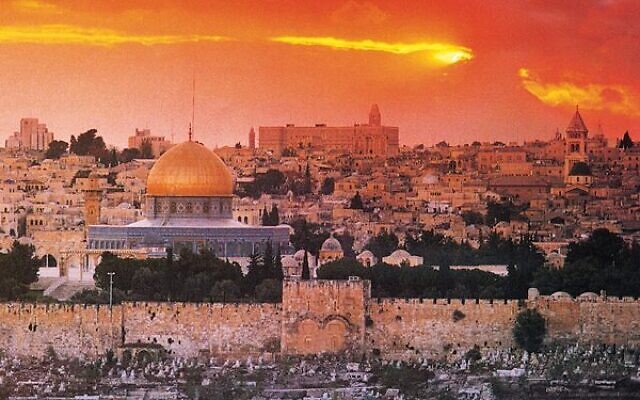 The next day, we visit a subsidiary of Hewlett Packard’s, the HP Indigo company in Rehovot, founded by Israeli high-tech maven Benny Landa. We travel to a factory in Kiryat Gat where HP Indigo manufactures its digital variable-data presses. Many years earlier, in the 1990s, Indigo turned commercial printing on its head with this pioneering technology that produces a different image with every impression. Linked to databases, these presses would become the backbone of direct-mail advertising around the world. 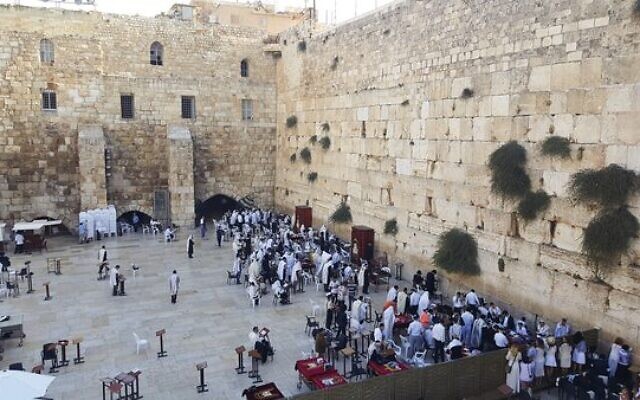 The Kotel plaza in Jerusalem.

Our group journeys east to Jerusalem. We take a highway from Kiryat Gat through a thinly populated area, travelling a few kilometres in from the security barrier. We pass near Bet Shemesh. The land soon becomes flat and lonely as we head for Modi’in on the western outskirts of the capital. During the Independence War, the Haganah breached the Jordanian blockade of Jerusalem here, so food and medicine could reach the isolated Jewish quarter.

The security at the entrance to the Kotel plaza is intensive – our belongings pass through metal detectors. We start our walk down, but are told to wait. A suspicious package has been found near the wall. Our tour guide Yossi assures us this is almost a daily occurrence, but we’ll have to wait for the all-clear. On this March night, it’s becoming extremely chilly.

A troupe of Chassidic fiddlers is playing klezmer, while off in the distance, a muezzin calls the hour of prayer from the Al Aqsa Mosque. The pessimist in me hears a cacophony – a dissonant duel of faiths and traditions, but the optimist in me insists it’s more like a harmonic duet. 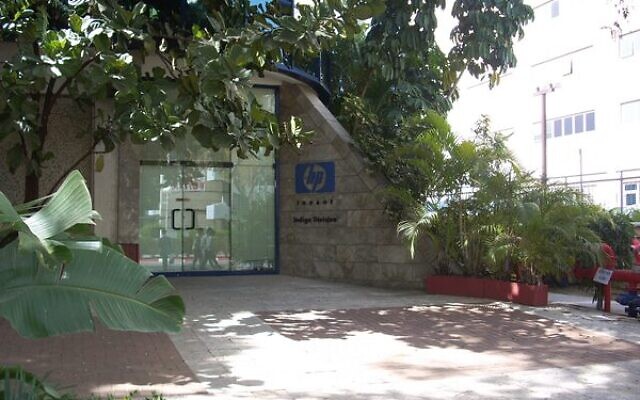 The conference has concluded and today I motor through the heart of Israel with a Canadian colleague. She wants to see Afula because she once worked on a nearby kibbutz, Beit HaShita. Behind the wheel of our rental car, I take the turnoff to Afula, and soon we’re in this pleasant township. After the kibbutz, we take the road to Beit She’an. Road signs point to the Jordanian border. We ask directions of a pedestrian. The woman hitchhikes with us in exchange for her navigation.

We drive on to Lake Kinneret. The traffic starts up near the town of Kinneret and the lakeside stretch is busy all the way to Tiberias. The parking is stressful and I manage to shoehorn our car into a space I pray we can emerge from again. We walk along the lakeside promenade and have lunch at a Lebanese restaurant. I extricate us from our parking spot and we drive west to Nazareth. My colleague is Catholic and wants to see the Church of the Annunciation, where in Christian tradition, the Virgin Mary learned she would give birth.

Later we drive on to Haifa – quite a metropolis, with office towers and expressway flyovers. We head on south to Tel Aviv, half intending to stop for a pizza in Netanya but the day is late, the freeway just keeps going, and so do we. In Tel Aviv, we turn into Arlozorov on our way back to the Hilton.

I’m ready to board my flight out. At the luggage check-in, I’m asked if I’ve been given any gifts while in Israel. I mention an earthenware trinket I describe as a vase. It’s been one of the little whatnots left by our corporate hosts in our hotel rooms. “Can I see it please?” asks the official. I scramble to find my keys, unlock my suitcase, and rummage through it, with PJs and laundry spilling out. Finally, I find it. She chuckles. With a flourish, she whisks it upside down. “That’s not a vase, it’s a small Arabic drum!” She shows me the hide on my little darbuka drum. To demonstrate, she taps out a tom-tom rhythm. We laugh.

At the departure gate, there’s another hurdle. “You have a big knife in your carry-on luggage!” an official tells me. “No, I don’t!” I reply incredulously. “Yes, you have!” she counters. The x-ray has revealed it. She opens a box containing a challah board I’ve bought for a gift – and to my surprise, one side of the frame is a scabbard concealing a bread knife.

“You can’t take this on board.” “Yes, I know,” says I. “But can I still get it into my check-in luggage?” “No, too late for that. But you can take the package back to check-in and they’ll box it up for you as freight. Or just leave the knife here.” But I don’t want to break up the set, so I start back. “But hurry,” calls another official, “or you’ll miss your flight!”

I rush back, asking directions, and finally locate check-in again. “Remember me?” I asked tom-tom woman. I explain my predicament and soon they have my challah tray boxed and sealed with gaffer tape. I’m told to check it in at the freight elevator.

What they haven’t mentioned is that there are several freight elevators – and I have only very vague directions. I’m extremely anxious now. Finally, I find the drop-off point and hand over my package.

I scurry back to my departure gate, proceed through security again, and I’m cleared to board my flight. In my airline seat, I reflect on an unforgettable few days in Israel.