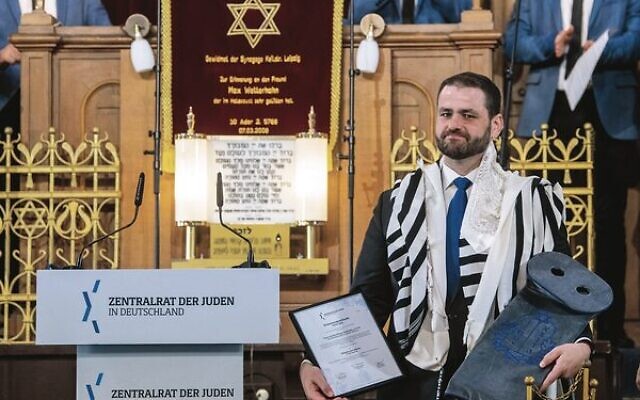 WITH travel opening up again, new charity Israel for Youth Foundation, is helping students in non-Jewish schools across Victoria, Tasmania, WA, SA and NT jet off to the Jewish homeland. Generous donors from the foundation are offering a $5000 grant to students to help them participate in United Jewish Education Board’s (UJEB) Year 10 Israel Trip which will begin again in 2022.

The structured program runs for almost six weeks through December-January for Jewish students to connect with each other, learn about their identity, culture, religion and history.

As part of Israel for Youth Foundation’s launch and ongoing commitment to supporting conversations about Jewish identity, the foundation is hosting their first event with Rabbi Zsolt Balla.

Rabbi Balla is the Chief Rabbi of Leipzig in Germany. He was born in Hungary, where he spent much of his childhood unaware that he was Jewish or that his mother was a Holocaust survivor.

Balla will discuss his journey and the discovery of his Jewish identity, as well as why he decided to become a rabbi. A notable advocate in the fight against antisemitism, he also recently joined the German military as the first Chief Rabbi in 90 years since Hitler expelled Jewish soldiers.

The live event will take place via Zoom in an interview format on Sunday, December 5 at 7.30pm.

To learn more about Israel for Youth Program, head to https://israelforyouthfoundation.org.au.