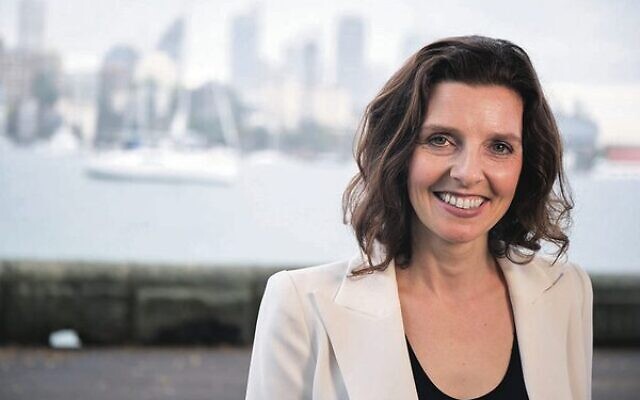 If elected in Wentworth, Allegra Spender said she sees standing up for Israel “as part of my role”.

Speaking to Jewish voters, she said antisemitism, security and BDS had come up as issues.

If elected, she said she will advocate for the extension of the Safer Communities grant but also to broaden its criteria “so that communities have more choice about how to spend the money”.

Having spoken to Jewish students, she said, “It is very saddening to hear their experience of antisemitism at university,” and said she “absolutely supports” the IHRA working definition.

She also expressed support for legislating religious freedom, but was critical of the bill put forward by the government due to its potential effect on LGBTI and trans students.

On BDS, she said, “I think it’s a disruptive force in terms of peace, but also in terms of holding Israel to account in a way that other countries are not held to account, and I think that is quite concerning.

“I’m very interested in innovation. And I’ve always admired Israel in relation to its patents, in terms of its innovation ecosystem,” she added.

“The other piece is, I think Australia has been a good friend to Israel in areas such as in the UN, for example, and it’s really important that we continue to do that.”

On climate change, she said, “The science, and actually business across Australia, is saying it’s the next 10 years that is vital – both from an environmental point of view, but also to cement Australia’s position as a clean energy superpower.”

But while she said climate is “absolutely a core part of my platform”, it is “not the only part”.

“I’m also standing on a platform of integrity because I think that that is core to better government,” she said.

“And I’m standing on a future focused economy, because I want Australia to prosper.”

Having grown up in the eastern suburbs around Jews and forming relationships across her business and personal lives, she said the value Jews place on family resonates with her.

“I’m a child of a migrant who had very deep sense of family and someone who grew up in business and has a sense of, you need to make your way in the world,” she said.

“I think that’s really true for many in the Jewish community that came to Australia and completely created their lives here.”

“To be told that my policies have been driven by someone who I’ve never spoken to about these issues, I find that extremely surprising,” she said.

“I’ve got actually a lifetime of experience and a lifetime of values … you don’t flip that overnight because of one random person you meet.”