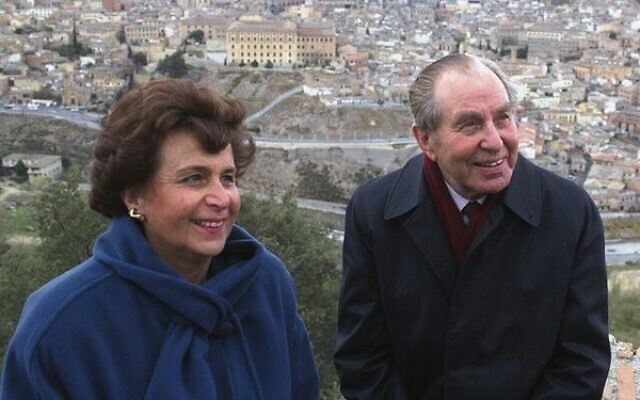 TRIBUTES have been paid to Aura Herzog, the mother of President Isaac Herzog and widow of Israel’s sixth president, Chaim Herzog, who died on Sunday night at the age of 97.

Prime Minister Naftali Bennett eulogised the former first lady as “a public figure and social activist who loved her people and country”.

“She lived humbly and raised a family to be proud of, while constantly working for the public and Israeli society,” he said.

He sent his “deepest condolences” to her family.

Opposition Leader Benjamin Netanyahu said Herzog “devoted her life to public and social activity for the people of Israel … May her memory be a blessing”.

Defence Minister Benny Gantz called her “a pioneering woman … who worked for Israeli society and was a part of the generation that built the nation and to whom we are all grateful”.

Herzog (née Ambash) was born in Egypt after her parents were expelled from Jaffa by the Turks during World War I. She completed a degree in maths and physics in South Africa before immigrating to Israel in 1946 and joining the Haganah, the defence organisation that was the precursor to the Israel Defence Forces.

She then joined a diplomatic training course, met Chaim Herzog and the two married in 1947. During the War of Independence, she served as a soldier in Military Intelligence and later in the Science Corps. She was seriously wounded in a bombing attack in 1948 at Jerusalem’s National Institutions House.

Herzog served in various public positions over the years. After being one of the organisers of Israel’s 10th anniversary celebrations, she helped found the International Bible Contest, which is still held annually on Yom Ha’atzmaut.

In 1968, she founded the Council for a Beautiful Israel, a nonprofit environmental group that remains active to this day, and led it for 40 years.

From 1983 to 1993, Chaim Herzog served as Israel’s sixth president, during which time Aura continued her communal work. She led efforts to commemorate her husband’s life and work after his death in 1997.

The couple had four children. One is Isaac, the country’s current President, and another, Michael, is Israel’s new ambassador to the United States.

She was set to be buried on Wednesday alongside her late husband in Jerusalem’s Mount Herzl national cemetery, beside Israel’s top former leaders. 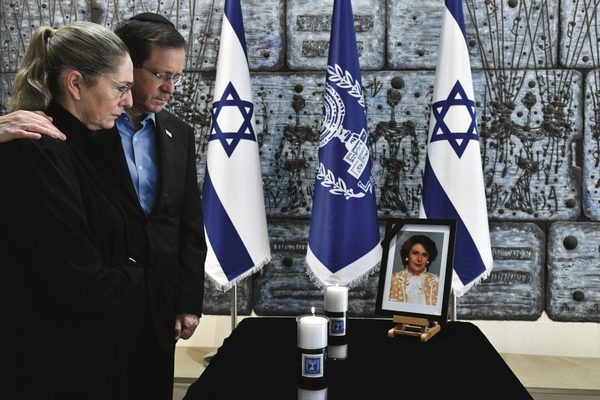