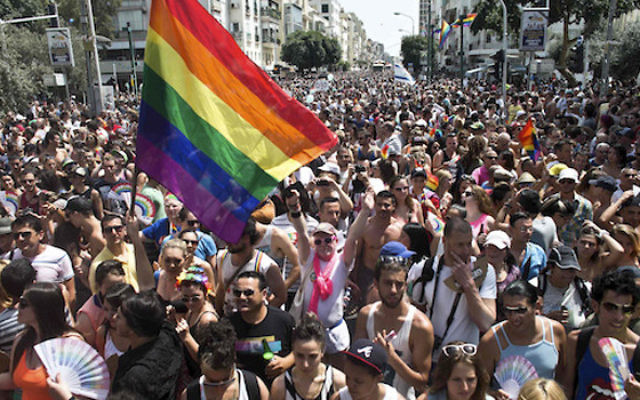 COMMUNAL leaders have condemned a Fairfax Media article that accused Israel of highlighting its gay friendliness “to deflect criticism of its treatment of Palestinians” and “to justify Israel’s ongoing occupation”.

In the August 4 article, “How Israel is taking advantage of its pro-gay image”, which appeared on the Daily Life website, columnist Ruby Hamad wrote that “the Israeli government has long tried to improve its image internationally by highlighting its queer friendliness”.

“The propaganda tactic, known as pinkwashing, aims to counter negative views of the country as an aggressive military state and/or a conservative religious one,” she wrote.

“Forgotten are the gay Palestinians oppressed by Israel’s occupation, and the many active Palestinian LGBTI organisations working on the ground. Also conveniently overlooked is the fact homosexuality was decriminalised in the Palestinian West Bank in the 1950s when the British colonial penal code was overturned.”

Hamad also stated that the 18-month-old Palestinian baby burned to death by a firebomb thrown into his family’s house by Jewish settlers “was not an isolated incident, but part of a sustained campaign of violence and intimidation against Palestinians in the West Bank”.

“These so-called ‘price tag’ attacks have been overwhelmingly ignored in the West in favour of the dominant narrative – of a peaceful, progressive Israel engaged in an existential war against a violent, regressive enemy,” she said. “It’s time to put that tired narrative to rest.”

Executive Council of Australian Jewry executive director Peter Wertheim hit back, saying Hamad’s assertions highlight the “absurdities to which Israel’s critics are prepared to commit themselves in their zeal to denigrate it”.

“If Israeli society routinely ostracised, mistreated and killed LGBTI people, as occurs almost everywhere else in the Middle East, Hamad would be the first to seize upon this as evidence in support of her anti-Israel diatribe,” Wertheim said.

“Unable to deal with the inconvenient truth that Israel has one of the world’s best records in respecting the human rights of LGBTI people, Hamad makes the ridiculous claim that this is all part of an elaborate PR conspiracy to improve Israel’s image.”

Labelling Hamad’s thesis “disgraceful”, Wertheim said the real point of her piece is the “crude moral relativism in the penultimate paragraph: ‘Extremism, religious fundamentalism and terrorism are not unique to Muslims, and they are not unknown in Israel.’

“Hamad’s attempt at obfuscation cannot conceal the brute fact that violent extremism, religious fundamentalism and terrorism are far more prevalent in Muslim-majority countries than in Israel,” he said.

“Hamad never mentions the one-way flow of Palestinian LGBTI people fleeing their own communities in Gaza and the West Bank, where they are in mortal danger because of who they are, and who seek and receive refuge in Israel.”

Labelling the article “shameful”, B’nai B’rith Anti-Defamation Commission chair Dvir Abramovich said, “By any measure, Israel can be justifiably proud of its record on civil, racial and sexual rights.

“Openly gay soldiers serve in the IDF and in senior government and private sector positions, and same-sex relationships and same-sex adoptions are allowed.”