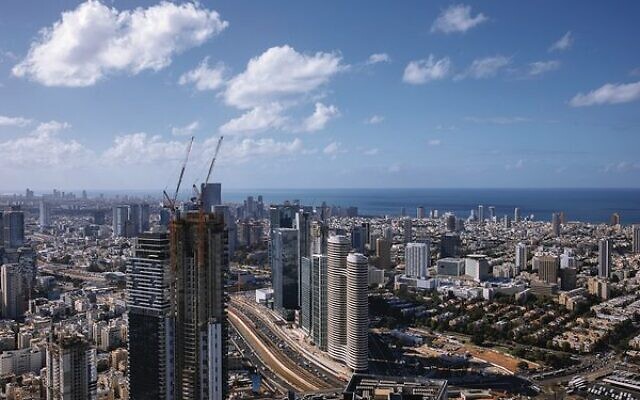 Few things can be as toxic, entertaining, unpredictable, frustrating, and plain stupid – and all at once – as student politics.

So when I was accepted onto a trip with the Australasian Union of Jewish Students (AUJS) to Israel – the nation that gets students flustered perhaps more than anywhere else – with, you guessed it, student politicians, it was an offer I couldn’t refuse. And while the trip was not as explosive as a student council passionately but incoherently debating whether to boycott the Jewish State, it was a truly unforgettable experience that had a profound, and hopefully long-lasting impact on all 26 participants – Jewish and non-Jewish alike.

During the 11-day AUJS Israel Mission (AIM), we visited Israel’s top tourist locations, waded our way through what seemed like the entire American Jewish community, and heard from leading voices on both sides of the aisle about the Israeli-Palestinian conflict and other regional issues. All in all, the trip aimed to expose participants – particularly those with no inherent connection to the region – to the beauty and complexity of Israel and its surroundings.

In those strict terms, it was a resounding success.

Few, if any, places on Earth consistently arouse such passion among the masses, yet simultaneously have such long, tortuous histories dumbed down into simplistic caricatures that only serve to misinform. Unfortunately for our community, this often results in the broadcasting of wild anti-Israel conspiracy theories, antisemitic university motions, or vicious boycott campaigns which marginalise Jews. At higher levels, it can also lead to ­problematic foreign policy.

And so, although easier said than done, there’s a great way to combat this: Take people to Israel; the country speaks for itself. From the moment of arrival at Ben Gurion Airport – where tourists, Jewish Israelis, and Muslim women in hijabs walk side by side through security – it’s already clear that there’s far more to the Jewish State than the impressions provided by news outlets and social media.

Crucially, these experiences can only be had on the ground. There’s no substitute for visiting Israel’s borders with Syria, Lebanon and Gaza, and learning about the security challenges brought by such neighbours. After hearing stories of Israeli teens who, traumatised by life bordering the Gaza Strip, routinely wet their beds and suffer from crippling mental health issues, the exceedingly complex and often traumatising reality of Israeli life becomes inescapable.

Israelis aren’t a pawn in some Western morality play. But that seemingly self-evident fact is often forgotten in universities, newsrooms, and even the halls of Parliament.

Grandiose policy decisions have consequences, and the trip exposed participants to this very reality. Looking out from Alfei Menashe, a West Bank settlement deemed illegal by much of the international community, one can see an enormous slice of Israel’s population. If Israel is to accede to Western demands and “end the occupation” – sentiment that I, along with many Israelis, share – how does it protect its civilians from the possibility of Hamas or Iran overlooking Tel Aviv?

The trip did not shy away from Israel’s less rosy aspects either. Meeting with Palestinians, we heard about the daily indignities many of them endure as a result of the ongoing conflict. If this immense suffering wasn’t clear before the trip, it was certainly ingrained after seeing a handmade memorial to the hundreds of Gazan children killed during Operation Protective Edge in 2014. Even in Israel proper, we were confronted with the harsh realities of Israel’s security needs, when soldiers forced our bus driver to pull over for questioning. Why? Because he was Arab. The dehumanising encounter was lost on very few.

But Israeli-Arabs – contrary to what many Western activists would have us believe – vary wildly in their political, social, and religious beliefs. Take one Israeli-Arab we met, whose last girlfriend was Jewish, and whose love of alcohol propels his dislike of Hamas, which, as a fundamentalist Islamist organisation, banned alcohol in Gaza. Or another Israeli-Arab, who, contrary to many Palestinians, believes that Palestinian journalist Shireen Abu Akleh’s death was an accident. Unfortunately, he also mentioned that he knows Palestinians who believe Jews have devil-like horns protruding from our heads.

In case I wasn’t clear: it’s complicated. Dumbing history down to fit a narrative may be gratifying, but it helps neither Israelis nor Palestinians. Rather, the more likely result is the stigmatisation of Jews and Palestinians in other countries – something Jewish Diaspora communities, and particularly Jewish university students, have seen far too much of in recent years.

This trip was by no means a quick fix for those pushing honest, principled approaches to the Israeli-Palestinian conflict in their own backyards. It was, however, an immensely successful 11 days of showcasing the world’s hottest piece of real estate to a group of “terrifyingly competent” individuals, as one participant put it. What they do with this once-in-a-lifetime experience is up to them.

Josh Feldman is an active member of the community involved in informal education and Israel advocacy, and was part of the Australian delegation to the 38th World Zionist Congress.