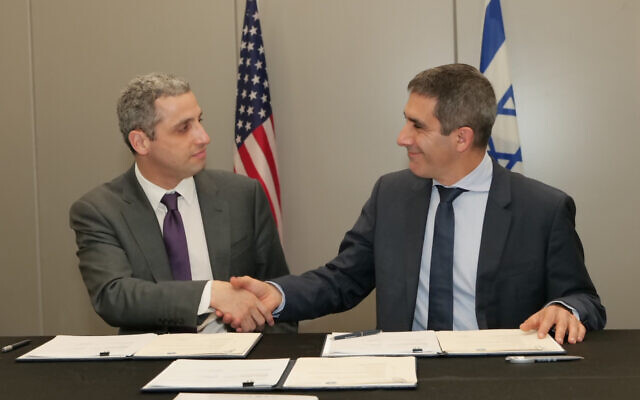 ISRAEL and the US finalised a series of cybersecurity collaboration agreements this week aimed at deepening and expanding ties between the two countries on the cyber front.

The areas of cybersecurity cooperation include Israel-US collaboration on combating terrorist financing, creating an institutional vehicle to enable cyber-specific research and development, and collaborating on transportation cybersecurity.

The Israel National Cyber Directorate said the purpose of the agreement was to promote advanced technologies for cyber protection and strengthen information sharing on the ground and expert exchanges in fields like artificial intelligence, quantum computing, homomorphic encryption, and navigation technology.

The directorate also signed a separate agreement with the Transportation Security Administration (TSA) — housed under DHS — to enhance cybersecurity collaboration in the realm of transportation. 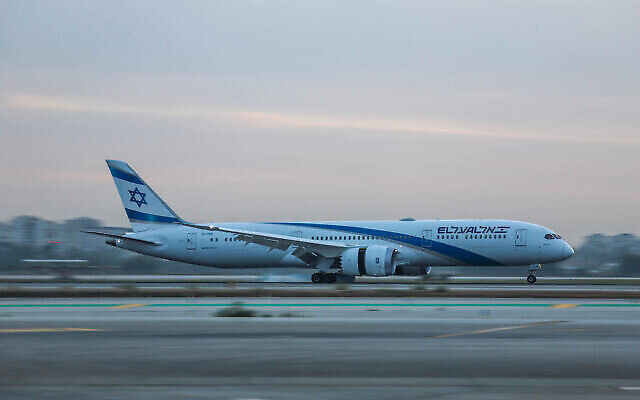 An airplane takes off at Ben Gurion International Airport, on May 7, 2021. (Yossi Aloni/FLASH90)

The memorandum of understanding aims to advance cyber defence coordination between Israel and the US in the transportation sector with an emphasis on civil aviation security, the directorate said. The agreement will enhance information sharing, joint exercises, and research and development related to securing air and ground transportation.

The agreements were signed Wednesday on the sidelines of the annual Cybertech conference in Tel Aviv, a cyber technology summit that brings together government officials, industry executives, entrepreneurs, investors, and cyber researchers.

Silvers arrived in Israel on Sunday and on Tuesday signed a memorandum of understanding to collaborate on financial crime with the Defense Ministry’s National Bureau for Counter Terror Financing. The MOU was signed on behalf of DHS’ Homeland Security Investigations.

In November, US Deputy Secretary of the Treasury Wally Adeyemo traveled to Israel to announce a partnership targeting financial crime. The new MOU is separate but expected to be complementary to the Treasury initiative. 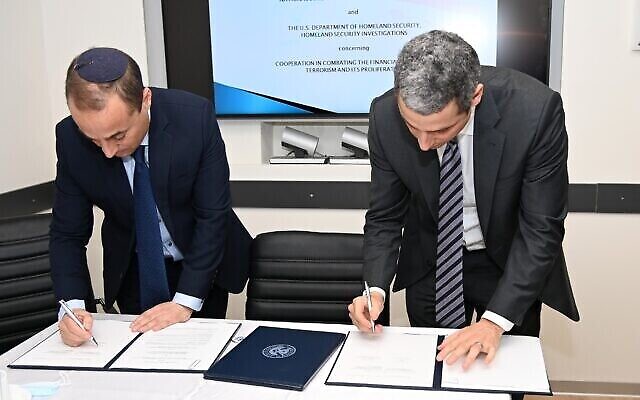 Silvers told The Times of Israel in an interview in Jerusalem on Sunday that the joint commitments with the Cyber Directorate were part of a framework agreement to provide enabling infrastructure, rather than specific in their technological or goal details. 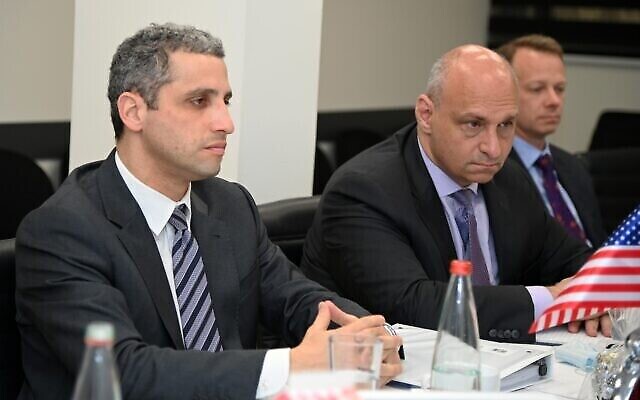 “What we’re doing is setting up a framework,” he said. “And then what we do is we put the engineers in the room together and they determine what are the right priorities to jointly pursue. I know we’ve talked about things over time, like Internet of Things, cybersecurity in the aviation and other transportation sectors. This creates a vehicle for the experts to go pursue [those areas of interest].”

In a commitment to joint research and development, the parties plan to expand the Binational Industrial Research and Development (BIRD) program, which is a jointly funded initiative running since 1977 for scientific collaboration between Israel and the United States.

Silvers said the new instantiation will add the Cyber Directorate to the BIRD program, which has previously been run between DHS and the Public Security Ministry. The Cyber Directorate’s version of BIRD is expected to focus on cybersecurity and emerging technologies, particularly related to ransomware and securing critical infrastructure, a US Embassy source told The Times of Israel.

“What we’re actually doing now is adding the Israel National Cyber Directorate to [the BIRD] agreement because we want to be able to go deeper on cybersecurity research and development,” Silvers said. “We have a dedicated science and technology centre within our Department of Homeland Security, and we bring them to the table and their expertise, their engineers to advance those kinds of priorities.”

Silvers did not comment on the amount of funding expected to be provided by either Israel or the US to the expanded program.

On Wednesday, an Israeli-US cyber protection consortium funded by the BIRD Foundation’s US-Israel Energy Center was announced with financing of up to $12 million in three years.

The consortium will lead research into securing energy facilities and combating threats to critical infrastructure. It was launched in an announcement by BGN Technologies, the technology transfer company of Ben-Gurion University of the Negev (BGU) whose researchers will lead the project on the Israeli side. Arizona State University will run activities on the US side.

Other members in the consortium include Israeli and US companies and research institutions like Georgia Institute of Technology, Nexant, a software and consulting company that provides services to energy corporations, Delek US, Duquesne Light Company, Schweitzer Engineering Laboratories, and Arava Power.

Dr. Rami Puzis of BGU’s Department of Software and Information Systems said the consortium will work on “establishing a database of cyber-physical system (CPS) attacks on energy facilities and simulation of these attacks in a controlled research environment; development of technology and advanced tools for monitoring and correlating the information technology (IT) and the operational technology (OT) layers of Industrial Control Systems (ICS) to protect energy infrastructures from attacks.”

The BIRD Foundation’s executive director, Dr. Eitan Yudilevich, said, “The products of this collaboration between Israeli and American innovation will have [a] significant impact on the ongoing efforts against cyberthreats on energy infrastructure in both countries.”