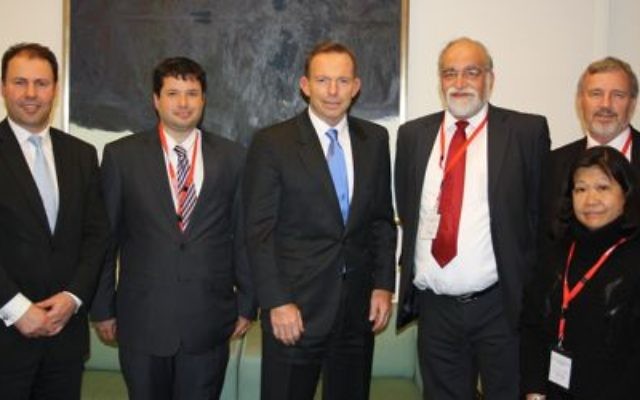 KCAC director Josh Reinstein said the delegation, which included KCAC chairman and MK David Rotem, was on a fact-finding mission.

“It was very exciting to see such strong and bipartisan support of the State of Israel in Australian Parliament,” Reinstein said.

Reinstein said the trip had been in the planning for 18 months.

“We want to establish an Australian Israel Allies Caucus, as Australia and Israel share values and have always enjoyed a culture of mutual support.

“We wanted to find out which politicians would be interested in being involved.”

Reinstein said the caucus will have a positive impact on Israeli-Australian relations.

“They will take on legislation and resolutions and mobilise support for Israel.”

Resinstein said KCAC will work with “a core group of people” from both the Labor and Liberal parties.

“We were very impressed by how much the MPs were aware of the issues and how supportive they are of Israel,” Reinstein said.

“It really was a huge comfort to see such broad support within the Australian government in both the Labor and Liberal parties.”

The AIAC will join a growing international network, including five caucuses in America, seven in Europe and three in Asia.

The first of these, the Congressional Israel Allies Caucus, was founded in Washington DC in 2006 while KCAC launched in 2004.

KCAC is a multi-partisan group which aims to build bridges between the Knesset and worldwide Christian ­leaders.

The delegation also met with the NSW Parliament and more than 100 religious leaders at a forum organised by NSW Christian Democrat MP Fred Nile.

“People who support Israel because of values and beliefs instead of for economic and political reasons will always be friends of Israel,” Reinstein said.