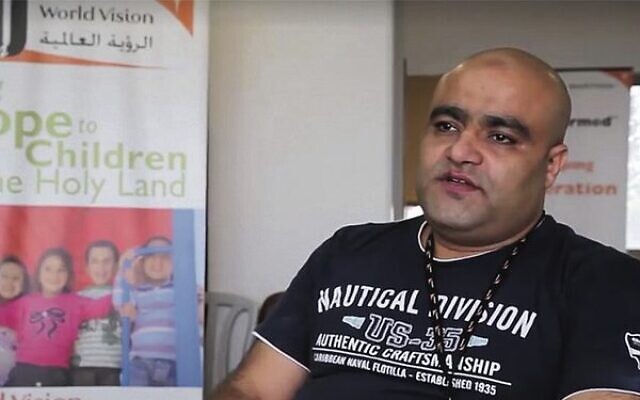 DESPITE fierce criticism by the UN, the conviction of World Vision (WV) aid worker Mohammed el-Halabi was a legitimate outcome of his court case, according to a senior Israeli analyst.

Speaking to The AJN from Israel this week, Gerald Steinberg – founder and president of Israeli-based human-rights watchdog NGO Monitor – claimed Halabi, former director of WV in Gaza, was guilty as convicted, and had diverted millions of dollars, much of it Australian funding meant for Palestinian aid, to Hamas.

Arrested in 2016, Halabi was convicted by an Israeli court on June 15 this year of supporting a terror organisation, but plans to appeal.

“The only thing his case has evidenced is the way the system is designed to ensure the conviction of Palestinians.”

While conceding the length of Halabi’s detention – six years – was “a reasonable criticism”, Steinberg was adamant the verdict had been just. He defended the secrecy of much of the evidence on security grounds. “But that’s only half of the story. It’s the other half – that is available – that seems to be ignored and I would say deliberately … Although World Vision was not on trial, [it] was very much part of the process.”

The evidence of what happened to Australian taxpayers’ money, which constituted about 90 per cent of the funding diverted to Hamas, is “available and open”. But WV “don’t want to admit their own negligence which has been clearly demonstrated”.

After Halabi’s arrest, WV claimed it audited its funding, showing no money had been diverted, a position repeated by the Australian government at the time, although it froze Palestinian funding. However, NGO Monitor’s reporting showed funding inconsistencies, confirmed by an independent Israeli audit.

According to Steinberg, WV kept three separate sets of accounts on funding to the West Bank and Gaza, which vary by discrepancies of “at least $US50 million – and that’s what Halabi was accused of and found guilty of diverting”. He claimed WV Australia’s figures varied significantly from WV’s figures reported to Israel’s not-for-profits registrar. And in an NGO Monitor paper, Steinberg noted an example in which WV cheques totalling $US1200 “were found in possession of Hamas operatives”.

He said NGO Monitor’s analysis of NGOs operating in Gaza showed that, of all of these, including USAID and Oxfam, WV was least in control of where its funds went and “relied entirely on what Halabi [and others] told them”. A striking example was a senior WV official who admitted to him the organisation simply could not check whether funds were being used for terror tunnels.

Steinberg said the indictment and verdict explained “specific times and amounts where Halabi was found to have transferred specific amounts of money to various Hamas military or terror enterprises”.