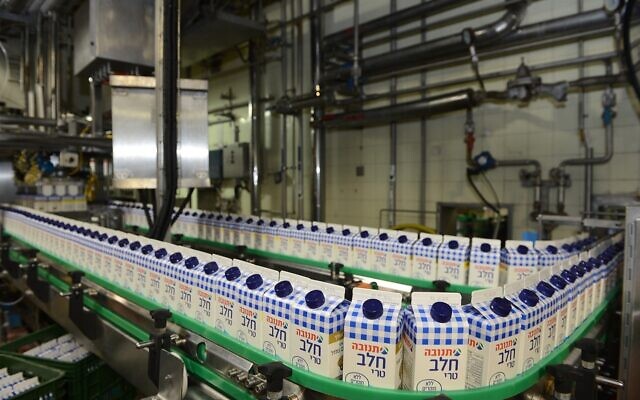 Tnuva said the new fund, Tnuva NEXT, adds to the company’s overall 2021 investments in food tech ventures which totalled some NIS 30 million (US$9.28 million) over the course of the year. The company said it expects to invest approximately the same amount in 2022.

The company currently operates the Fresh.Start incubator in the northern town of Kiryat Shmona with Israeli beverage company Tempo, Israel-based crowd-funding firm OurCrowd, and French investment firm Finistere, specialising in food and agriculture. The incubator opened its doors in 2020 and currently works with eight food tech startups including one that is developing cell-cultured fish and two that are working on sugar reduction technologies.

Tnuva said the incubator is expected to back about 40 startups in the next few years.

Tnuva Chairman Haim Gavrieli said “food tech in general, and protein substitutes specifically, are the future and as a national food company we take responsibility for the food security of Israeli consumers. This is why we invest in fields that will allow us to grow and offer consumers beneficial nutrition solutions.”

Founded in 1926, Tnuva is a major food company in Israel with about 15% of the food market share in Israel, and some 50% of the dairy market share. The company also has a line of plant-based, dairy-free products like milk, yogurt drinks and cheeses, a frozen vegetables line, Sunfrost, as well as a fresh and frozen meat line, Adom Adom.

In 2014, Chinese food multinational Bright Food bought a majority of Tnuva’s shares, making it a subsidiary.

Last month, Tnuva made its first foray into the cultured meat space, partnering with biotech firm Pluristem Therapeutics to launch a startup that will develop lab-grown beef.

Tnuva was also recently tapped to lead a cultivated meat consortium set up by the Israel Innovation Authority.

Jacob Heen, deputy CEO and CFO of Tnuva, told The Times of Israel in January that the food company’s move into the cultured meat sector, where Israel is currently a leading player, was part of a “strategy that is in line with consumer demands for food.”

Heen will also lead Tnuva NEXT, alongside Shay Cohen, Tnuva’s chief innovation officer, who is charged with leading local innovation and business development.

Tnuva NEXT is expected to approve 2-3 investments annually, some of which will go toward backing incubator startups, or seed and Series A rounds in startups focused on cultured meat, alternative proteins, smart food processes, and customised nutrition solutions, Gavrieli said.

Tnuva has invested in Israeli cultured milk company Remilk, which recently raised US$120 million in a round led by Hanaco Ventures, and sugar reduction company Blue Tree.

Tnuva CEO Eyal Malis said in a statement that “establishing the fund is part of the group strategy to invest in companies synergetic to Tnuva’s core fields that will produce value while acquiring production and marketing rights. We are looking to invest in protein substitutes companies abroad as well.”