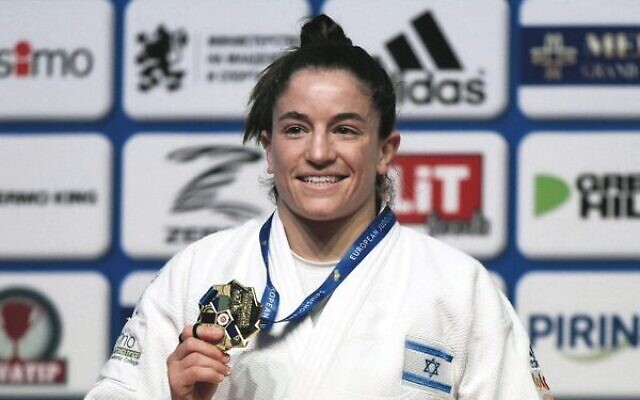 Nelson-Levy, 27, beat Olympic silver medalist Sara-Leonie Cysique in the final of the women’s under 57kg contest.

The last time a female Israeli judoka won gold at the Euros was in 1993, to Yael Arad.

“It’s a dream,” Nelson-Levy said after her win. “I gave everything, I felt great throughout the tournament and I had a really good preparation.”

Israel won three more medals before the event finished on May 1.

Raz Hershko won silver in the women’s +78kg division – her first ever medal at the Euros – after losing the final against France’s Romane Dicko.

Other good results by the Israelis were 5th by Gefen Primo in the women’s under 52kg, and 5th by Baruch Shmailov in the men’s under 66kg.

The Israeli team came 5th out of the 40 competing nations.