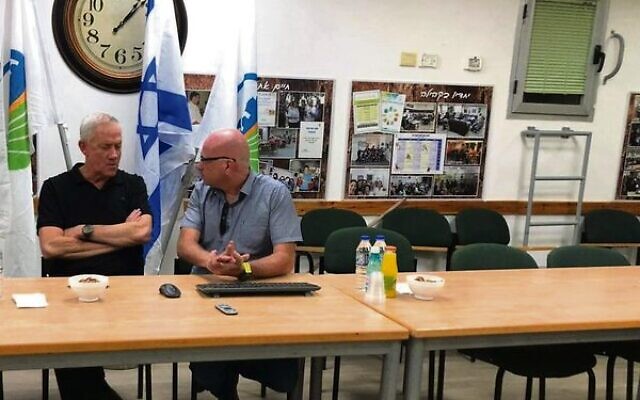 THE mayor of Sha’ar HaNegev region Ofir Libstein said this week that watching the rocket attacks from Gaza feels “like a movie” and that each time it happens, it leaves the children and residents of the region more traumatised.

Sha’ar HaNegev, an area of 10 kibbutzim and 10,000 people, is part of the Gaza envelope and is on the frontline of the conflict between Israel and Gaza.

Libstein told The AJN that when the rockets meet Israel’s Iron Dome, “it’s exactly above our heads”.

“Most of the rockets the Iron Dome can stop, but after that pieces fall down all over and it’s not safe,” Libstein said.

Of the more than 1000 rockets fired from Gaza into Israel during the latest conflict, around 300 were on target for the Sha’ar HaNegev region.

Libstein said the Iron Dome saved their lives, but that doesn’t take away from the fear residents feel each time they hear the siren sound.

“The feeling that people are shooting hundreds of rockets at you and each one can get you, it’s really scary,” he said.

“From the minute they start until the end, five times in an hour, you run to the shelters and stay there. It was very scary.”

Libstein met with Israel’s Defence Minster Benny Gantz in the days before the conflict escalated, which gave them time to evacuate children and their mothers from the region.

“Our kibbutzim have shelters for everyone, but when it starts we take out all the children and the mothers from the area,” Libstein said.

“We sent almost 2000 out from here to the north or to the Dead Sea. It’s not a place for kids to stay in situations like this – it’s a very intense situation. Most of our children, unfortunately, need psychological treatment.”

Despite their precarious location, Libstein said it’s not possible for the conflict to become a way of life for them.

“Now I am sitting outside, just days after the rockets, and if I hear the siren then your body reacts,” he said.

“We cannot get used to it”.

Thanks to a campaign by JNF Australia, 14 protected kindergartens are being built in Sha’ar HaNegev to keep children safe and Libstein said he is grateful to the Australian Jewish community.

“Imagine you need to send your baby to kindergarten that you know is not protected,” Libstein said.

“We are so grateful to JNF Australia that they decided to help us build this.

“We have our family over there in Australia who are thinking about us – not just thinking, but they are doing something very important to help us.”

Libstein said the rockets damaged some buildings, “but the most damage is to the heart.”