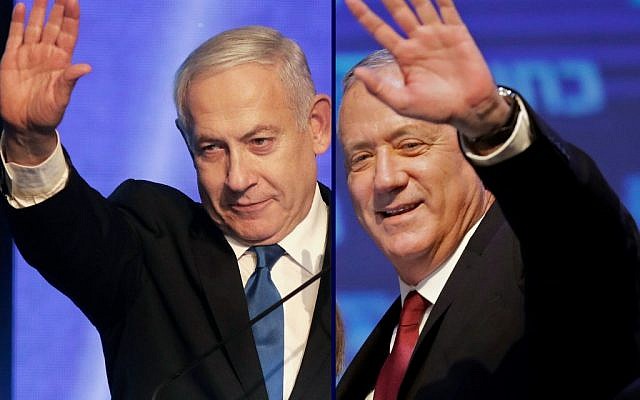 Israelis will return to the ballot box for the third consecutive national election in 11 months after its top politicians again failed to build a governing coalition, in the latest twist in a sprawling and unprecedented crisis that has left the country in political limbo for a year.

The Knesset was automatically dispersed at midnight on Wednesday, but lawmakers were still debating the date of the elections, with March 2 the most likely date.

With no Knesset member having gained the support of 61 MKs by the midnight deadline, the Knesset officially dissolved and new elections set for 90 days time, March 10. 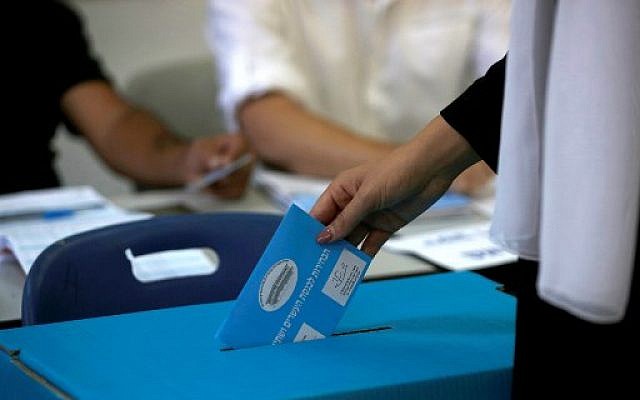 A member of the Israeli Druze community casts her ballot during Israel’s parliamentary elections on September 17, 2019. (Jalaa Marey/AFP)

However, Knesset members have until President Reuven Rivlin’s official announcement on Thursday that no MK gained enough support to pass a law setting another date for the elections.

With March 10 falling on the Jewish festival on Purim and various other calendar considerations, MKs are moving ahead with a bill to set the elections for March 2. The bill passed its first reading and was currently being debated in a special Knesset committee and will face its 2nd and final 3rd readings later in the night.

That debate, continuing into Thursday, brings to an official close attempts by Prime Minister Benjamin Netanyahu and Blue and White leader Benny Gantz to assemble a coalition following the September election. Talks between Netanyahu and Gantz, leaders of the two-largest parties, on a unity arrangement broke down with both sides trading blame.

Over the past 21 days, lawmakers also had the opportunity to nominate any MK for a shot at forming a government by gathering 61 signatures, but no such candidate was nominated. 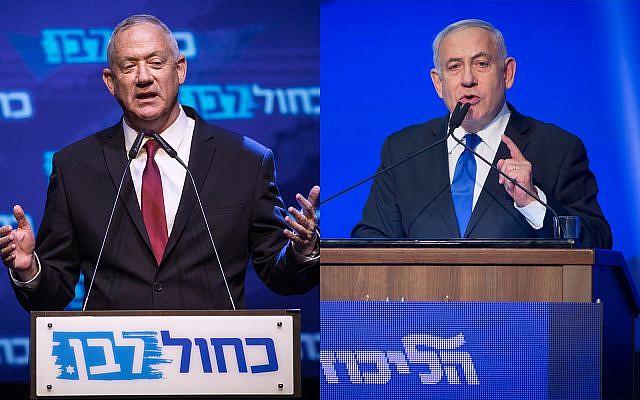 The April 2019 election made history when by the end of May it became the first-ever Israeli election that failed to produce a government. At the time, Netanyahu was short just one vote of a majority. Yisrael Beytenu leader Avigdor Liberman had refused to join over disagreements on the ultra-Orthodox enlistment law with Netanyahu’s Haredi political allies, precipitating the repeat vote in the fall.

Following both elections, neither Gantz’s Blue and White nor Netanyahu’s Likud had enough allies to form a government without the other or the support of the Yisrael Beytenu party, but the two parties could not finalise the terms for a unity coalition.

Netanyahu will be campaigning in the upcoming election in the shadow of criminal charges against him in three corruption probes, which were announced by the attorney general last month. He faces an indictment over bribery in one case, and fraud and breach of trust in the three cases. He denies all wrongdoing.

The criminal charges have been a sticking point in the coalition talks since September, with Blue and White insisting it won’t serve under a prime minister facing trial and calling for Netanyahu to publicly declare he won’t seek parliamentary immunity from prosecution, which the prime minister is widely expected to request. 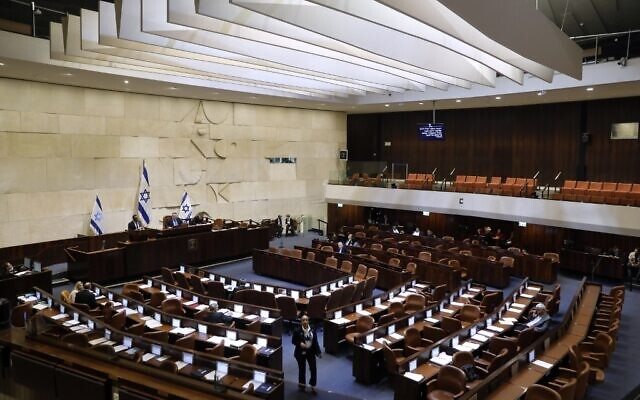 A general view of the Knesset in Jerusalem on December 11, 2019. (Menahem Kahana/AFP)

The centrist party has also been critical of the prime minister’s insistence on negotiating on behalf of all 55 MKs in his bloc of right-wing and religious parties. The parties also could not agree on who would serve as prime minister first under a power-sharing framework proposed by President Reuven Rivlin.

Even as another election has now been called, some recent polls indicated it may not resolve the political deadlock, with Liberman again potentially holding the balance of power.

A Tuesday poll showed Blue and White increasing its lead over Likud, expanding its current one-seat advantage to a four-seat lead — 37 seats to Likud’s 33 in the 120-member Knesset. Meanwhile, the rightist Haredi bloc of parties backing Netanyahu is set to fall by three seats, according to the Channel 13 poll, from the current 55 total to 52, far short of the 61 seats it would need to form a coalition in the 120-seat Knesset.

The poll predicted Likud falling even further if the party drops the scandal-laden Netanyahu in favour of his main challenger, Sa’ar.

When asked who they blamed for the expected third election, 41 percent of respondents blamed Netanyahu, followed by Yisrael Beytenu leader Liberman at 26%, and Gantz at a mere 5%. Twenty-three percent said “everyone is equally responsible.”