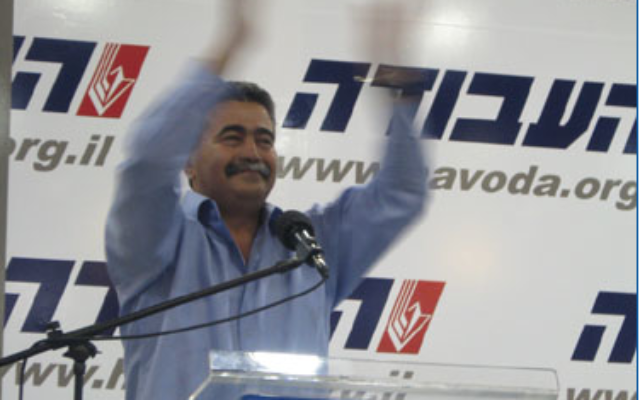 WITH over 90 per cent of the ballots now counted, the initial results are indicating that the race for Israel’s Labor party leadership will be heading for a second round.
As of late Monday night, Sheli Yachimovich is leading with 32% of the vote but Amir Peretz is close behind with 31% of the vote. Yitzhak Hertzog may still be in the running with 25% of the vote, but it would seem that Amram Mitzna’s race is over, with only 12% of the vote.

More than 65% of registered Labor party voters took to the polls on Monday to elect the new party chairperson from among the four candidates.

The big question is whether one of the candidates can secure victory in the first round. If neither one reaches 40%, the two candidates with the best results will face each other in a second round.

Both Peretz and Yachimovich claim that they can reach those numbers but at the moment the chances are slim and while they are leading in a very close race, Herzog still has a chance to break ahead and become one of the two who will make it to the second round.

Meanwhile, Amram Mitzna is no longer in the running after receiving just 12% of the votes.

Speaking to his supporters in Haifa Monday night he thanked them for their hard work and said: “I respect the apparent election results and as I promised, I will stand with whoever is elected to the role of party chairman.”