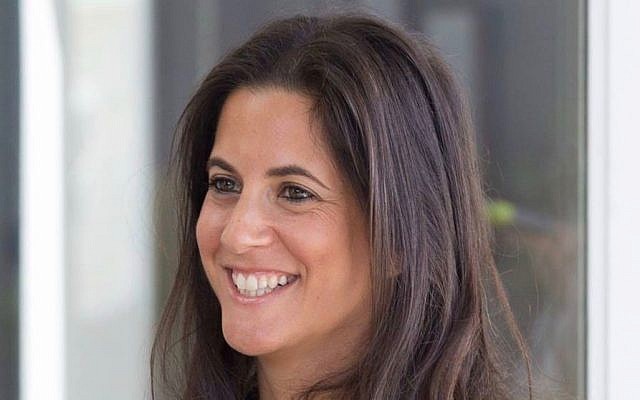 “WOMEN can join our board if they want to. There’s nothing standing in their way.” I have lost count of the number of times I have heard this line in response to a call for gender equality on Jewish community boards.

It is generally followed by a reference to the democratic proceedings that underpin board governance. “If a woman wants to join the board she can be voted in, just like any man can,” I am told.

It is indeed true that we are fortunate to live in a period where barriers to female inclusion have decreased. In the aftermath of the Australian Parliament’s Sex Discrimination Act of 1984, broad changes have taken place vis-a-vis participation by women in Australian workplaces and in boardrooms. However, men still far outnumber women in leadership positions.

Face the Facts, published by the Australian Human Rights Commission in 2018, shows that there is still significant work to be done in the area of gender equality. According to the report, in 2017, Australia ranked 35th on the global index measuring gender equality, falling from 15th position in 2006 due to a lack of progress in women’s inclusion in economic and political arenas.

And how does this play out within our community? Studies on gender equality in the Jewish community have been hard to come by, but it is evident that the number of women on Jewish communal boards is far less than men. A look at some of the leading Jewish organisational bodies demonstrates this disparity, an issue the National Council of Jewish Women of Australia (Vic) is addressing by launching a campaign to urge all Jewish organisations to take a Gender Equality Pledge.

The NCJWA(Vic) recognises that a community cannot reach its full potential until it has achieved gender equality. To achieve this, women must be given the same opportunities as men to take part in communal leadership and decision making. The Gender Equality Pledge aims to place responsibility on organisations to actively pursue these ideals.

One may ask how an organisation should go about increasing the number of women on their board when women already have access.

To address just one factor contributing to the lack of female representation, we need to look at the process whereby potential leaders are often primed for positions of leadership, well before the AGM. In many cases, the president or senior executive may recognise a talent or skill in a person and cultivate it in order to encourage future board participation – rarely does someone put their hand up without encouragement. Upon receiving the first ‘tap on the shoulder’, the potential candidate may decline, not feeling sufficiently equipped for the task. This attempt will usually be followed up with words of support and reinforcement. Sometimes the said person knocks back the board position multiple times before realising that maybe he truly has the required skill set.

But, how often is a woman tapped on the shoulder? How often are potential female leaders cultivated, groomed and encouraged? Without positive reinforcement, how likely is anyone, man or woman, to put themselves forward for a position of leadership? All the more so for women, who, for a variety of factors, including historical circumstances and cultural norms, have been overlooked.

One may argue that in a merit- based system, closing the gender gap does not necessarily ensure the ‘best person for the job’ is chosen. However, I can confidently assert that there are an abundance of women capable of becoming inspiring communal role models, with the same commitment, passion and creativity as men. If we have not found these individuals, we have not looked hard enough.

By signing a Gender Equality Pledge, each organisation now has the opportunity to actively prioritise the need for more female representation on our communal boards, a significant step towards gender equality. Taking this pledge will send a vital message for the future of our community, a message that gender parity is crucial in a community where women’s voices and representation are valued and respected.

Think of the untapped resource in our community that we have barely begun to explore. If we are truly committed to gender equality then it is time to actively seek out female leadership. I am confident our Jewish organisations will only benefit from the most under-utilised asset in our community. Let us embolden the girls and women in our community with a huge, strong tap on the shoulder, accompanied by a ‘you can do this’ and see where the future takes us.

Keren Zelwer is a member of the Advocacy Subcommittee of NCJWA (Vic).