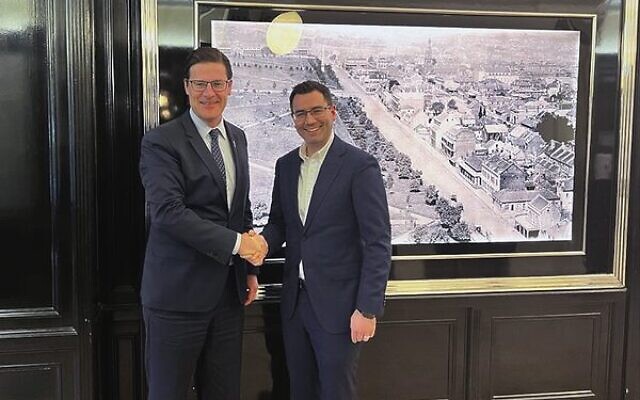 AFTER serving since 2007 as the state MP for Davidson – which includes suburbs with significant Jewish communities like St Ives and Lindfield – Jonathan O’Dea announced on Tuesday that he has decided not to recontest his seat at the NSW election in March 2023.

O’Dea, who is also the NSW Legislative Assembly speaker, told The AJN, “I’ve enjoyed working with the Jewish community in my electorate for the past 15 years … and Jewish communal leaders across NSW, like former NSW Jewish Board of Deputies (JBD) CEO Vic Alhadeff, and the current CEO Darren Bark.

“I’ll continue to do my duties for the next six months with diligence, but then it’s time for someone else to have the opportunity, and the honour, of representing this seat.”

Proud of his record of being a “strong supporter and advocate for multicultural NSW, and in Davidson, which has a very vibrant Jewish community”, O’Dea reflected fondly on participating in an Israel study trip in 2012 run by the Australia/Israel & Jewish Affairs Council, and of being warmly welcomed at annual events at Masada College, North Shore Synagogue, and Chabad North Shore – from school prize-giving nights, to Chanukah on the Green in St Ives.

Bark said, “The JBD board thanks Jonathan for his warm friendship, dedication, and staunch support of the Jewish community over many years.”

NSW Premier Dominic Perrottet described O’Dea as “a vital contributor to the state”, and thanked him “for his outstanding contribution and dedication over many years of service”.