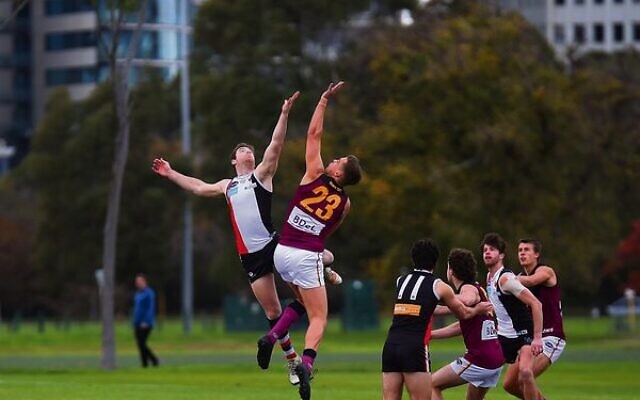 AJAX footy fans braved cold and windy conditions to cheer on the Jackas in their first home game at Albert Park’s Gary Smorgon Oval this year, and were treated to a physical, neck-and-neck contest for the first two quarters, before Old Haileybury seized control in a dominant third quarter.

The Premier B men’s round 9 match – which was streamed live by the VAFA, and directly followed the AJAX President’s Luncheon featuring Jemima Montag – began brightly for AJAX.

Kicking with the breeze in the first quarter, they led 19-2 through goals to Kane Nissenbaum, Aaron Bryer and Jake Lew, and although Toby Sheezel and Brandon Efron booted two important goals in the second quarter, it was Old Haileybury who entered the sheds at half-time with a slender three-point lead. 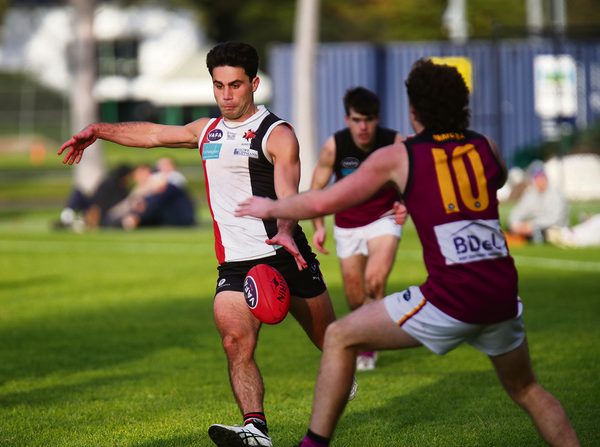 Jackas coach Adam Andrews summed up the remainder of the match with this observation: “Often in these conditions, the side that plays the best football into the wind takes the points, and this was to be the case for this contest.”

Facing the wind in the third quarter, AJAX’s opponents lifted a gear and worked hard as a unit to gain the upper hand, scoring six goals to two, before AJAX regrouped in the final quarter to score two more goals, compared to Old Haileybury’s three.

Although it was a 35-point loss, Andrews noted the positives for AJAX were that they never went into their shells, and demonstrated they can be very competitive against the top teams, “but we need to be competitive for longer”.

The Jackas are now fifth with a 4-4 win/loss record, and have the long weekend off, before an important away match against Williamstown on June 18.

In reserve grade, the Jackas development side lost 44-99 to Old Haileybury, while the Sunday Thirds had a bye. 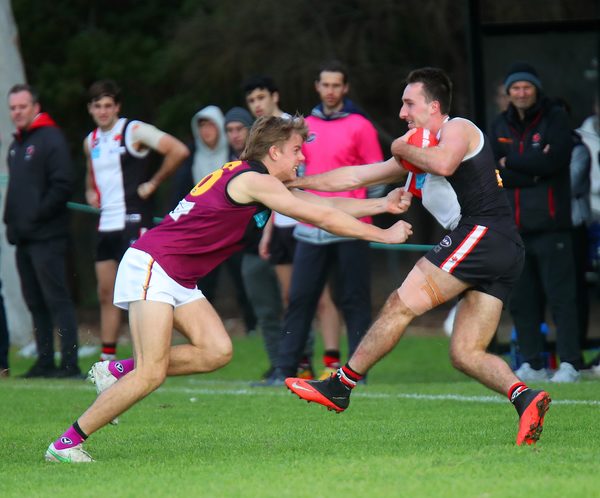 In Division 2 women’s footy, the Jackettes lost 1.2 (8) to 6.2 (38) to competition leaders the Albert Park Falcons. But they remain in equal third place with Glen Eira and Oakleigh on five wins and three losses, with five rounds remaining.

Jessica Shustin scored the team’s only goal in the second quarter, but it was in that period that the Falcons scored three goals, which proved decisive.

Excellent defence by AJAX restricted Albert Park to one goal in the last two quarters, with Shustin, sisters Julia and Annelise Caplan, and Mikaela Grek in the backline, putting in truckloads of effort.

The Jackettes will travel to Oakleigh on June 18, and the winner of that match will remain in the top four.