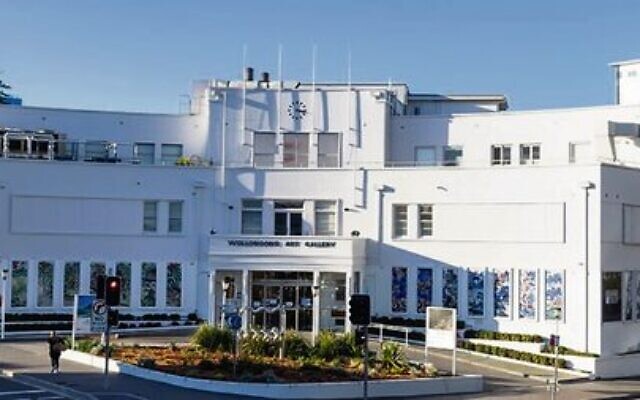 THE NSW Jewish Board of Deputies (JBD) and the Sydney Jewish Museum (SJM) have offered all Wollongong school students free transport and entry into the Jewish Museum following confirmation that art benefactor Bronius ‘Bob’ Sredersas was a Nazi collaborator.

Wollongong City Council has removed a naming plaque from the Wollongong Art Gallery, and said it’s step one of “a series of measures” in response to a report by historian Emeritus Professor Konrad Kwiet into the past of Sredersas.

The Lithuanian immigrant, who arrived in Wollongong in 1950, donated his entire art collection of around 100 pieces to the Wollongong Art Gallery before his death in 1982. ‘The Gift’, as his donation came to be called, has been housed in The Sredersas Gallery, but he has now been stripped of that tribute after evidence revealed he concealed his wartime activities.

In addition to the removal of the naming plaque, there are also plans to update the gallery’s website and online collection to reflect the new information about Sredersas’ past.

“We want to get this process right and I’m very appreciative of the time the SJM and the NSW JBD have offered us, as well as the expertise of Professor Kwiet, as they have supported council to work through this process correctly and respectfully,” said Wollongong mayor Gordon Bradbery.

“We now have an altered perception of Sredersas and his life before he came to Australia. It’s important that we are transparent about what we have learnt, and share what we know with our community and gallery visitors, as well as those from further afield who are interested in our gallery and modern history.”

JBD CEO Darren Bark said the decision to remove the plaque is “the right move” and he hopes council will take up the offer to educate the Wollongong community about the Holocaust. “We commend the council for listening to the community’s concerns and for acting swiftly.

“Bob Sredersas is no hero. He should not be celebrated or commemorated in any way and it is important that his true past has finally come to light,” Bark said.

“The focus should now be about education and empowerment, and ensuring the Wollongong community is informed about Sredersas’ history, the Holocaust and the Nazi era.”