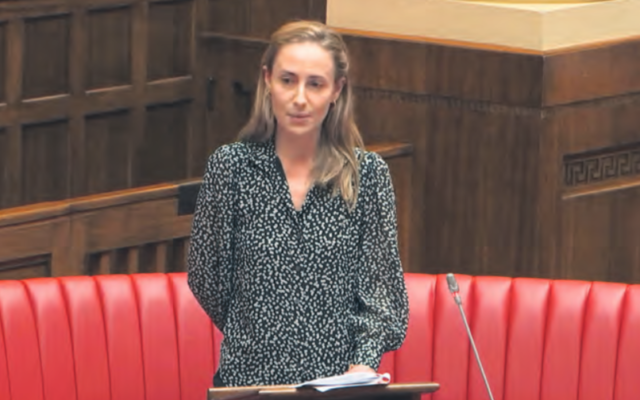 The Jewish Community Council of South Australia (JCCSA) has welcomed the adoption of a motion in the South Australian Parliament endorsing the International Holocaust Remembrance Alliance (IHRA) Working Definition of Antisemitism.

One Nation MP Sarah Game, who has Jewish heritage, introduced the motion to the state’s Parliament in June after being approached by the Australian Jewish Association.

Game said she had been contacted by Jewish university students and by members of Adelaide Hebrew Congregation and Beit Shalom Synagogue who were concerned about antisemitism.

She said she had worked hard to brief her parliamentary colleagues on the need for the definition, and said that although pursuing the motion would not win her votes, “This is the right thing to do.”

The motion passed after the withdrawal of amendments proposed by a state Labor government MP who had responded to a campaign by the Australian Friends of Palestine Association.

Its passing last Thursday brings South Australia in line with the federal government, the NSW and Victorian governments, and 35 countries which have endorsed the definition.

“It is a great day for the Jewish community in South Australia. Antisemitism did not prevail and the IHRA definition has at last received bipartisan support in the Parliament of South Australia,” Game said.

JCCSA president Annetay Henderson-Sapir stated her roof body “is delighted that the Legislative Council of South Australia has recognised the IHRA working definition”.

JCCSA immediate past president Norman Schueler said, “Many thanks are due to the Premier Peter Malinauskas and his team for voting down the proposed amendments to the motion. I would also like to thank the Liberal opposition led by David Speirs for joining with the government in unconditionally endorsing the IHRA definition. This bipartisan support has given the endorsement real meaning.”

Commenting on opposition to the motion by the Greens and SA Best, the latter claiming freedom-of-speech concerns, Schueler noted, “Due to the support of both parties, a crude attempt by some minor parties to obfuscate the issue was thwarted. If it had been successful, the motion would have been prevented from being passed in the winter session of Parliament.”

Under the IHRA antisemitism definition, denying the Jewish people their right to self-determination, for example, by claiming that the existence of Israel is a racist endeavour, is emphatically antisemitic, as is applying double standards by requiring a behavioural standard of Israel that is not required of any other democratic country.

One Nation’s association with the motion had been seen as a factor in a government MP seeking amendments.