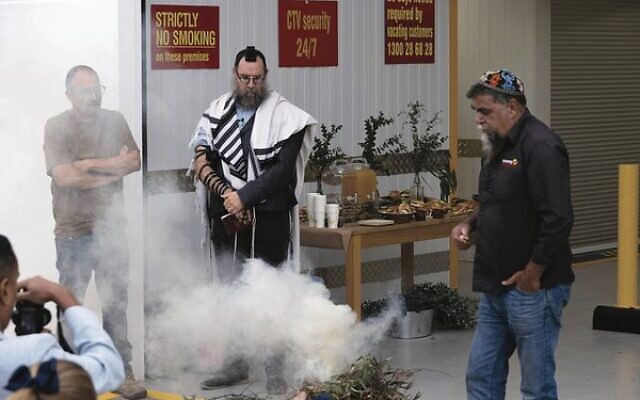 The community came together to commemorate the six million Jews who lost their lives in the Holocaust with various Yom Hashoah services taking place last week.

In an online commemoration last Thursday, the Jewish Community Council of Victoria (JCCV) was joined by more than 800 households to “remember together”.

JCCV CEO Judy Fetter said, “This was the largest group of Victorians, and interstate and overseas friends, ever to come together at one time for a Yom Hashoah commemoration hosted by the JCCV.”

During the commemoration, Jewish school students and representatives of youth groups highlighted how the Holocaust had shaped their families, and the responsibility of younger generations to keep the messages of survival, hope, resilience and tolerance alive.

“I knew my grandfather had been shot during the Holocaust, but I never really knew how or why until Year 10 Holocaust studies, when I watched his testimony, along with my class, for the first time,” she said.

“We are responsible to remember because their survival is what has kept our people and religion alive.”

The online presentation included a survivor testimony from Charles German.

JCCV President Daniel Aghion said the Victorian Jewish roof body was proud to unite the community for the solemn reflection.

“The Gandel Holocaust Survey shows that the Australian community lacks sufficient awareness of the Holocaust and we have a duty to bring generations together to remember the Shoah,” he said.

Owner Carl Sachs said the ceremonies were a significant acknowledgment not only to his culture, but also to the indigenous community who led the only recorded anti-Nazi protest in 1938.

“Both cultures share a history of genocide and atrocities,” said Sachs, adding “The Jewish Holocaust Centre has an exhibit dedicated to Uncle William, and he and the Indigenous community who marched are true friends and heroes of the Jewish community.”