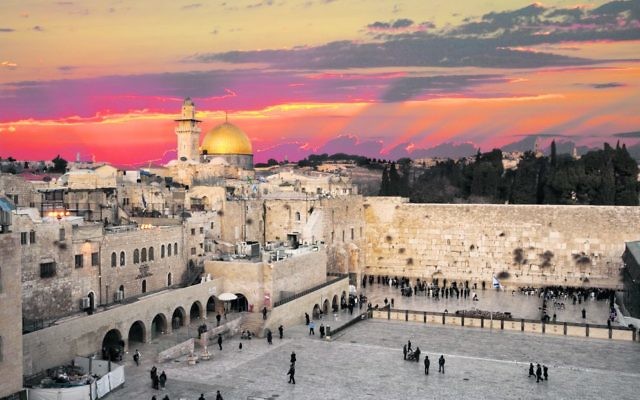 My nine-year-old son loves geography. One of his favourite games to play is “What’s the capital?” I pick a country; he names the capital.

The game frustrates my six-year-old daughter, whose geography is more limited. Her answer to every country is either London or Washington.

After a frustrated walk the other day, where London or Washington weren’t the capital of any country that I named, she asked, “Dad, what is a capital anyway?” My answer was, “It is a city where a country’s parliament or government is.” It seemed like a straightforward explanation to me, but when it comes to Israel, the Albanese government has determined that the simple explanation isn’t good enough.

The ham-fisted decision to change Australia’s recognition of Israel’s capital to Tel Aviv has harmed our relationship with one of our strongest allies. Israel works hand in glove with Australia’s police and military, and has provided information that has thwarted terrorist attacks on our own soil.

A decision such as this may have been more comprehendible if the federal government had signalled its policy, consulted with the local community and perhaps, heaven forbid, even informed our longstanding ally, Israel, of its intentions. Sadly, none of this occurred.

Jerusalem is the eternal home of the Jewish people, it is Israel’s rightful capital. Jews don’t say “Next year in Tel Aviv” at the end of the seder, it is “L’shanah haba’ah b’Yerushalayim” (“Next year in Jerusalem”). It is a statement of longing and security in a world where the Jewish people have suffered persecution for centuries.

Instead, we saw a kneejerk reaction to a bureaucratic website change made with no consultation of our local Jewish community, no notification to the Israeli government and, to add insult to injury, on Simchat Torah of all days.

The three arms of government – the legislature, the executive and the judiciary – are all located in Jerusalem. The Knesset is Israel’s parliament, and it has met continuously in Jerusalem since 1949. The President is Israel’s head of state, and his residence is Beit HaNassi, which is also in Jerusalem. Israel’s Supreme Court is in Givat Ram, which, again, is in Jerusalem.

Jerusalem lies at the heart of the Zionist movement, it’s so central that Mount Zion is located in, guess where? Jerusalem.

Jerusalem has been under the undisputed territorial control of Israel since 1950. To say that any other city is the capital of Israel is complete and utter legal fiction. It is a legal fiction that goes as far as to undermine the integrity of a western democracy that has maintained significant economic, military and diplomatic ties with Australia for over half-a-century.

Jerusalem is the eternal home of the Jewish people, it is Israel’s rightful capital. Jews don’t say “Next year in Tel Aviv” at the end of the seder, it is “L’shanah haba’ah b’Yerushalayim” (“Next year in Jerusalem”). It is a statement of longing and security in a world where the Jewish people have suffered persecution for centuries.

This is not some abject geopolitical decision; it is one that goes to the core of Jewish identity and the Jewish Diaspora across the globe.

As Israel’s Prime Minister, Yair Lapid, said, “In light of the way in which this decision was made, as a hasty response to an incorrect report in the media, we can only hope that the Australian government manages other matters more seriously and professionally. Jerusalem is the eternal and united capital of Israel and nothing will ever change that.”

The Minister for Foreign Affairs, Penny Wong, argues that Australia “will always be a steadfast friend of Israel”. This is not the way that friends treat friends.

“Dad, what is a capital anyway?” My answer was, “It is a city where a country’s parliament or government is.” It seemed like a straightforward explanation to me…

This decision has not been followed nor supported by our closest ally, the United States, under Democratic President Joe Biden, but it is a decision that has been welcomed and celebrated by both Hamas and the Palestinian Islamic Jihad.

Australians by and large recognise reality, the average Australian on the street would identify Jerusalem as the capital of Israel and they’d be perplexed that their government fails to recognise this as well.

Now that this decision has been made and the damage done, it is important that the Albanese government sets about solidifying our relationship with Israel. The federal government needs to demonstrate its resolve in the months and years ahead to show we are a true friend of Israel. They need to be loud on the world stage in speaking out against the BDS movement, decrying Israel’s position as the only permanent item on the UN human rights council agenda, and support Israel’s place in the world as a free liberal democracy.

Jerusalem will continue to be a symbolic melting pot of religions and a historical holy site for Jews, Muslims and Christians alike. Jerusalem should not, however, be deprived of its national significance as Israel’s eternal capital. Australia has often been seen as Israel’s strongest friend on the global stage, and I hope that will continue into the future, no matter who is the Prime Minister of Australia.

The truth is that Jerusalem is the capital of Israel, period.

Scott Farlow MLC is chair of the NSW Parliamentary Friends of Israel and the NSW Government Whip in the Legislative Council .