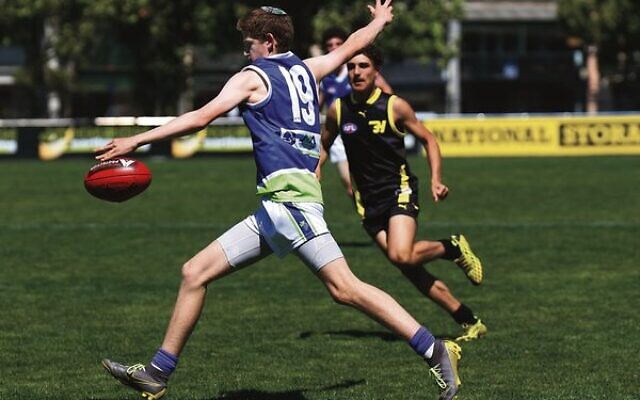 Avi Segman prepares to kick for the Henry Jolson senior team in the Jolson/Houli Cup.

The Bachar Houli Academy won the inaugural Interfaith Through Sport Program-supported event in 2019 against a Henry Jolson Maccabi-AJAX community team, and they triumphed again on Sunday, but footy and interfaith friendships were the real winners.

Federal treasurer Josh Frydenberg, who attended the game, described the occasion as “a fantastic initiative, using sport as a vehicle to break down barriers, and build understanding and friendships”. 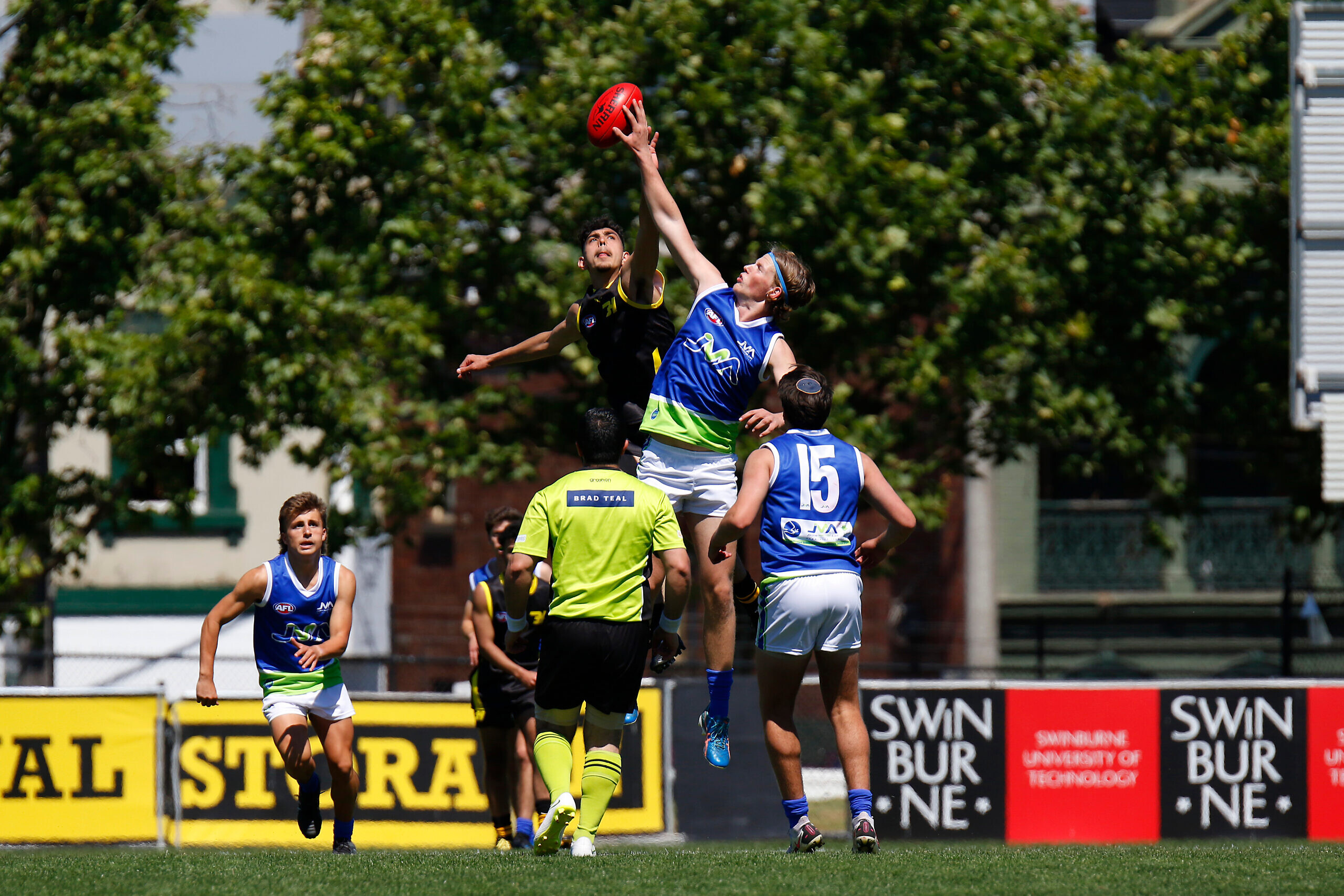 The event – a partnership between Richmond Football Club, Maccabi Victoria, the Bachar Houli Foundation, the Henry Jolson Pathways Program and the Melbourne Cricket Club Foundation – featured a junior (12-14 boys) match for the first time, which the Houli Academy team won 86-23.

Dashes of speed and flare from Asher Franks on the wing, and Jake Mehl out of defence, were highlights for the Jolson juniors.

Jethro Gunn received the Best on Ground award, and there were special mentions for Phoenix Janover, Hayden Goldberg and Asher Kave.

The Jolson U18s team, coached by Ant Le Bransky, enjoyed plenty of ball in the first quarter, but could only kick five behinds before Raph Light booted their first goal, while their opponents kicked two goals to lead by one point at the first break.

The Houli team kicked away in the second quarter with four goals to one, but the Jolson boys stayed in touch for the rest of the match, with Light finishing with 3 goals, and captain Maor Chrapot, Jhett Haeata, Brodie Mond and Nick Pike scoring a goal each. 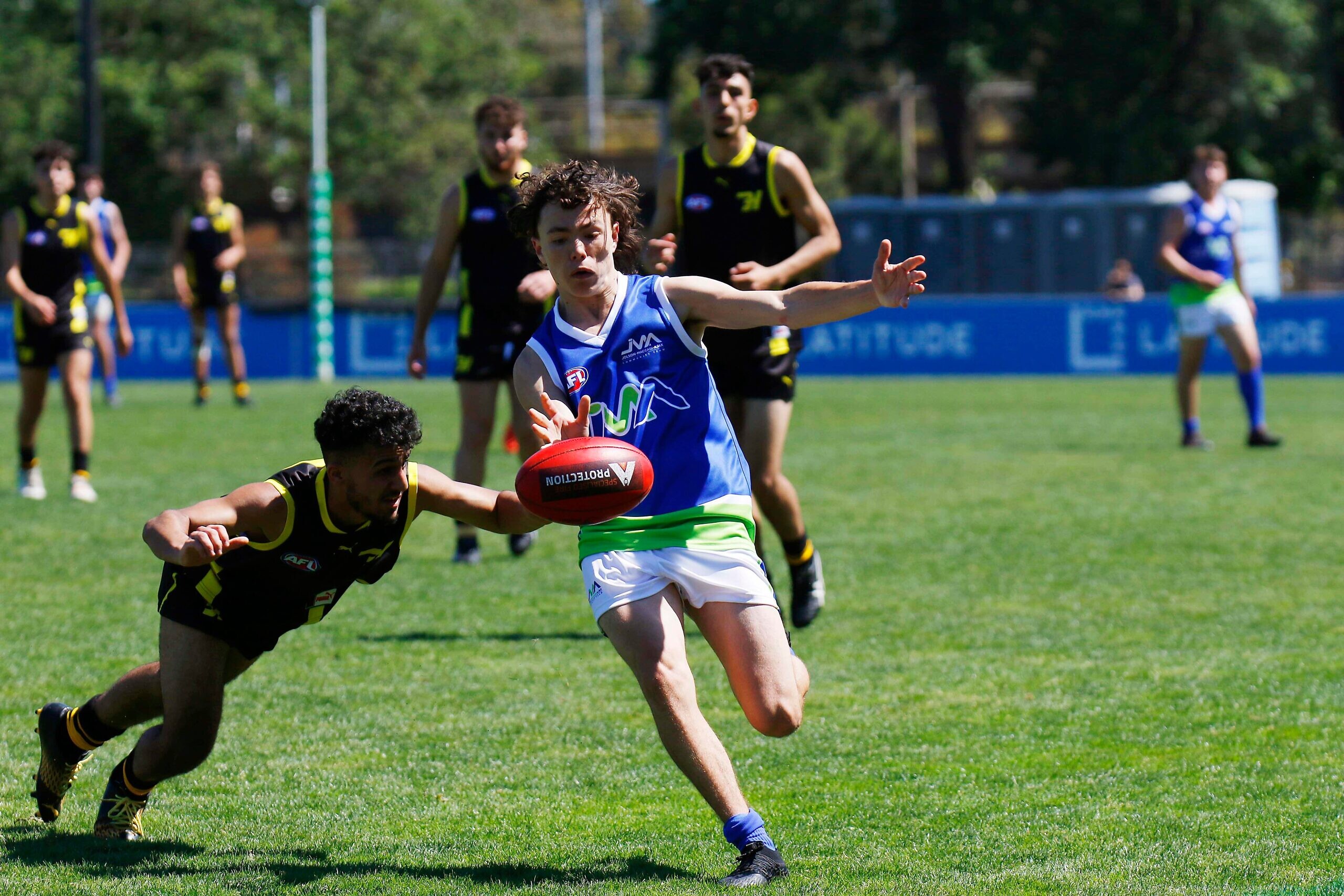 The Jolson Maccabi-AJAX teams’ manager Jack Chrapot told The AJN both matches were played “in terrific spirit … there were lots of smiles on faces, and all the players enjoyed meeting Bachar Houli at a joint training run, whose message was for everyone to come together and connect through a shared passion – a love of footy”.

Chrapot also revealed that his grandson, Maor, was the only player in the Jolson team who played in the first Unity Cup match two years ago when he was 14, and last Sunday he got to play alongside his brother Ramel, in a squad that also featured brothers Jack and Jesse Wrobel.

Chrapot added that Maor and Ramel’s family, on their mother’s side, “originally came from Morocco, where Jews and Muslims coexisted for centuries”.

At the event’s conclusion, a team of 22 players – half from the Houli Academy and half from the Jolson squad – were selected to represent a combined Unity Peace Team, which will play the Lagunta Indigenous Academy in the curtain-raiser for an AFL match at the MCG next year as part of the AFL’s Indigenous Round. 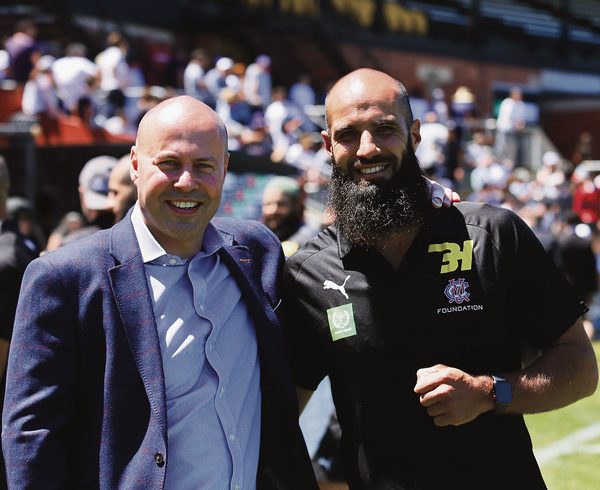