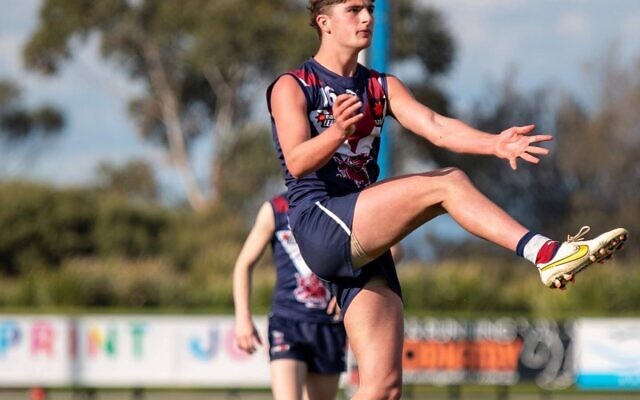 Jewish footy fans, it’s time to get excited about two potential future AFL stars who will play for different teams in the 2022 NAB League U19 Boys’ grand final on September 16, and the U18 Boys’ National Championship decider on September 22.

The most well-known of the two is former AJAX junior and current U18 Victoria Metro rep Harry Sheezel.

His goalscoring ability as a forward, his silky skills in the midfield, and his knack for creating match-winning turning points, saw Sheezel named last week in the NAB League Boys’ 2022 Team of the Year, further boosting his prospects as a likely top-10 pick at November’s AFL Draft.

Sheezel, the fourth-highest goalscorer in the league this season – with 32 goals in 13 games – scored three goals for the Sandringham Dragons in their comfortable 34-point semi-final win over Gippsland Power last Saturday.

The Dragons will face the Dandenong Stingrays in the September 16 grand final from 5.10pm at IKON Park – a match which will have free entry, and be streamed via AFL.com.au.

Jewish teenager Ziggy Toledo-Glasman – the son of former AJAX player Simon Glasman – will pull his boots on for Dandenong with confidence, having scored 14 goals for them in seven games. 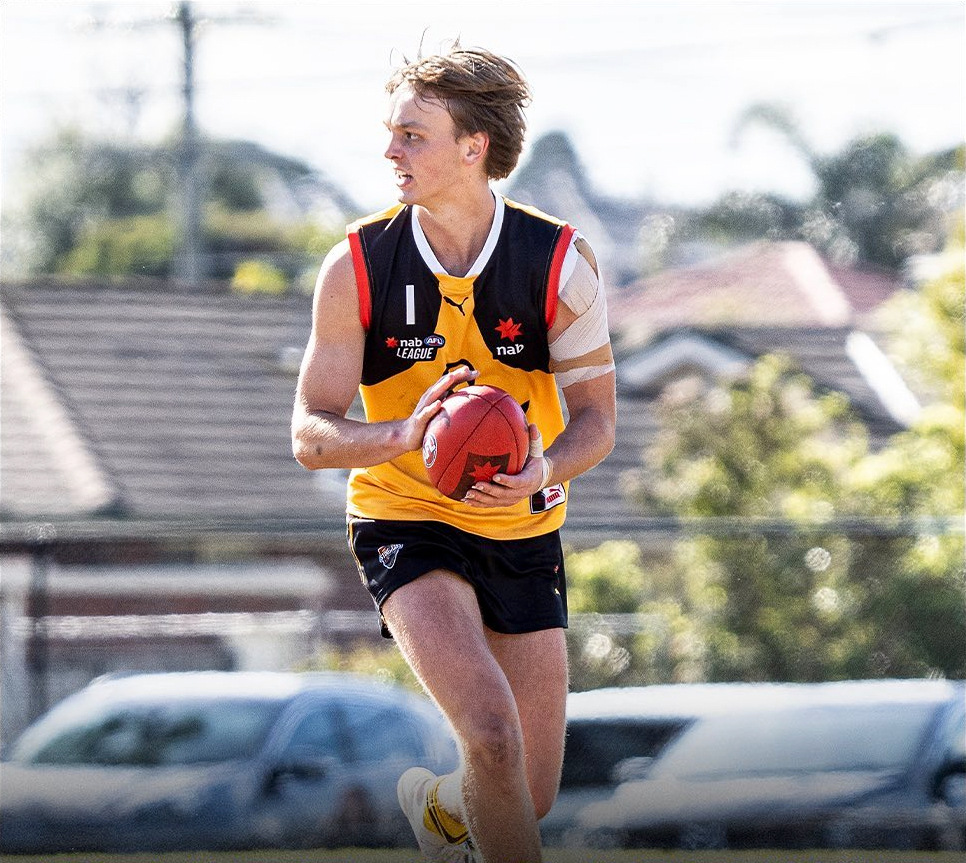 Tall forward Ziggy Toledo-Glasman in action for the Dandenong Stingrays.

The U18 boys’ Victoria Country squad member, who played his junior footy for Mt Eliza – and recently one match for their men’s team – is a gifted tall forward and a reliable goalscorer.

Toledo-Glasman is one of only 66 players invited to take part in the AFL State Draft Combine in Melbourne on October 9, and AFL clubs Carlton, Geelong and Essendon have expressed interest in him.

He and Sheezel were both finalists in the personal growth category at the 2022 NAB League Boys’ awards.

The Stingrays qualified for the grand final after winning a semi-

final cliffhanger by one point against Tasmania last Saturday, which Toledo-Glasman told The AJN was “definitely the most incredible game I’ve played in”.

An ankle injury had kept Toledo-Glasman out of action for the first six weeks of the season, but he quickly made up for lost time, with some big performances in key matches for Dandenong.

“I received tons of support from the club in getting me back onto the field after my injury, and I play with a very good group of boys, who play with a lot of energy and focus, which has helped me get good looks at goal.

“I’ve put in a lot of hard work at training, so that I can convert those scoring opportunities.

“It’s certainly an exciting time coming up, but I’m just trying to take it a week at a time, and put my best foot forward.”