When the opening night movie is about a feminist icon and the closing night features a multi-generational historical family melodrama, you know the breadth of films for this year’s Jewish International Film Festival (JIFF) is going to be good. And the program definitely delivers with blockbuster fiction, films featuring heroes of change, documentaries and Holocaust-themed epic stories.

For Festival artistic director Eddie Tamir, it’s this juicy selection of films that excites him.

“The combination of flavours shows the best of Jewish-Israeli films,” he told The AJN.

JIFF runs from March 2 to April 4 and is filled to the brim with premieres – some Australian and even some world.

Like the opening night film, Simone Veil, A Woman of the Century. Tamir compares Veil to Ruth Bader Ginsburg, saying the French magistrate and politician is arguably Europe’s RBG.

The film celebrates the life and legacy of the feminist icon, who has been referred to as one of the most beloved Frenchwomen of all time.

And most excitingly, the JIFF screening is the world premiere. 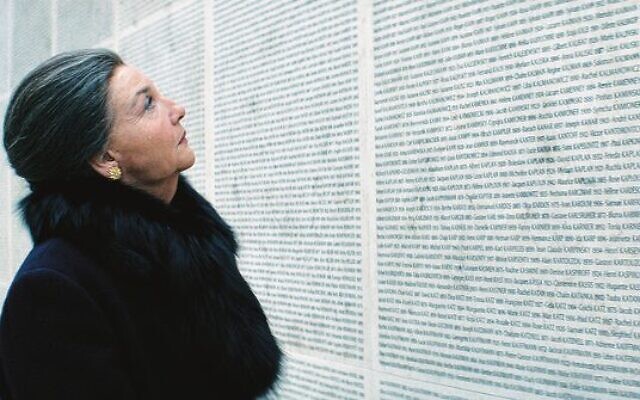 Simone Veil, A Woman of the Century

“Because of COVID in France, the producers have decided to postpone the release of it, so it is a world premiere,” Tamir said. “We didn’t know about it, but it’s serendipitous.”

On the other end of the spectrum, the closing night offering is the first two episodes of the series The Beauty Queen of Jerusalem, bringing to life the story of three generations of the Ermosa family. The series stars some favourite Israeli actors including Michael Aloni (Shtisel), Hila Saada (The Baker & the Beauty) and Itzik Cohen (Fauda).

“It goes without saying that Israeli series are hot on the world scale,” Tamir explained. “But what’s interesting about this one is that it’s kind of in the telenovela genre, as opposed to the hard-hitting military spy, undercover, Fauda sort of thing. There’s a freshness in tone.” 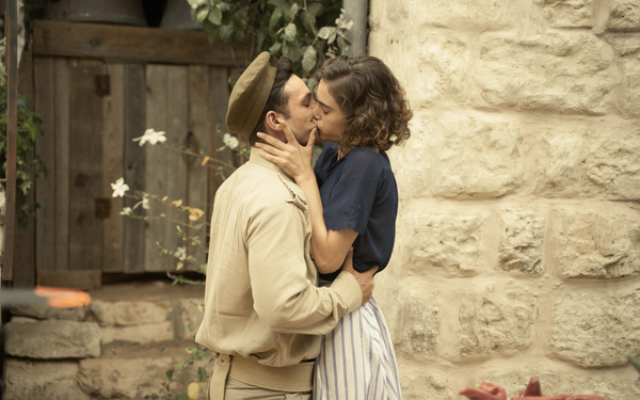 The Beauty Queen of Jerusalem

Indeed, it shows the breadth of what Israeli television and film can do. While there are some scenes of war scattered through the series – it is set against the backdrop of the Ottoman Empire, the British Mandate and the establishment of the Jewish state after all, it focuses on familial interpersonal issues too, especially the intricacies of the Sephardi-Ashkenazi divide in Jerusalem at the time.

Tamir took his time to reveal his favourite film of this year’s program, thinking carefully about his response, eventually settling on A Radiant Girl, about a 20-year-old Jewish French aspiring actress who pays no real attention to what’s unfolding around her in Paris in 1942.

We remain optimistic that cinema will live on, even in this strange climate

“There have been so many angles and perspectives on Holocaust stories, but I was really surprised by this one,” Tamir said.

“Her excitement about life, almost to the exclusion of the realities that are around, it’s almost a defence mechanism but it’s also because of her excitement for life, love, art and acting. That energy makes it so fresh.”

JIFF features dozens more incredible films, covering stories of unlikely friendships, heroes of history and strange true-life events. There’s Here Today, directed by and starring Hollywood favourite Billy Crystal, a comedian in the early stages of dementia, who forms a bond with a New York singer played by Tiffany Haddish. There’s also Tiger Within which looks at the unlikely friendship between a Holocaust survivor played by Golden Globe winner Ed Asner and a teenage runaway. Both are Australian premieres. 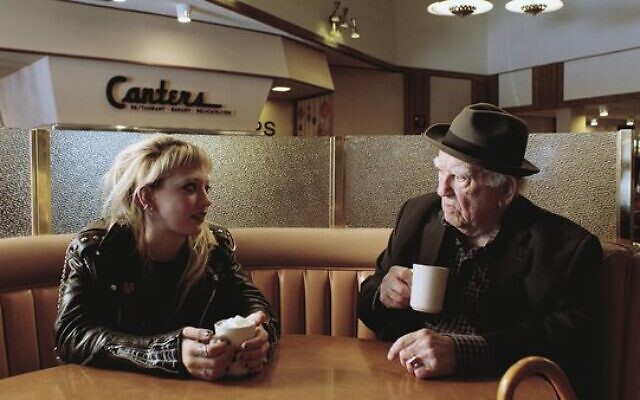 Ed Asner stars in Tiger Within

There are documentaries about Sigmund Freud, Leonard Cohen, Helmut Newton, Menachem Begin and more, as well as a carefully curated selection of the best Jewish-themed short films from around the world.

And of course, there are the special events. The expansive film program is accompanied by a festival-long suite of events, including Q&As with directors, play readings, and comedy and music nights featuring Jewish comedians and musicians.

While it seemed like the Omicron wave may throw a spanner in the works, Tamir says the JIFF team are staying positive.

Stories are boring if the character is the same by the end. It’s about the great heroes’ journey dealing with obstacles and change, and our films do that in a very broad way

“Given what we saw in November and December [after the Delta wave], we’re very optimistic about it because as soon as there was some sense of relief, people were coming out to the movies, restaurants and bars. We remain optimistic that cinema will live on, even in this strange climate.” Tamir says it’s all about accepting and adapting to change.

“You can’t take any moment for granted; you can’t take anything you’ve done in the past as being something new that you’re going to do. There’s something Jewish about that for me, and obviously something very human universally about dealing with change,” he said.

“Stories are about dealing with change. Stories are boring if the character is the same by the end. It’s about the great heroes’ journey dealing with obstacles and change, and our films do that in a very broad way. You’ve got Simone Veil and The Painted Bird which couldn’t get more serious, contrasted against Greener Pastures which is a big, broad Israeli crowd-pleaser and Tango Shalom about a Chasidic rabbi and amateur hora dancer who turns to a televised tango competition to raise money for his Hebrew school.”

Tamir says the JIFF team feels honoured to present such a wonderful program.

“Among the cacophony of infinite entertainment choices available to us today, we are privileged to present this wonderfully curated program of incredible stories for the 2022 edition of JIFF, alongside a lively program of events and experiences.”