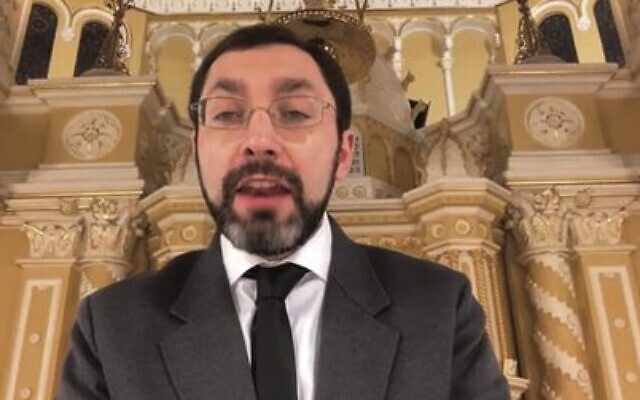 THE late chief Rabbi Lord Jonathan Sacks had observed the Queen talking to Shoah survivors at the 60th anniversary commemoration of the liberation of Auschwitz.

“When the time came for her to leave, she stayed and stayed. One of her attendants said he had never known her to linger so long after a scheduled departure; she gave each survivor – and it was a large group – her focused, overt attention; she stood with each until they had finished telling their personal story – it was an act of kindness that almost had me in tears; it brought a kind of blessed closure into deeply lacerated lives,” Rabbi Sacks had recalled.

That memory was shared by Rabbi Dr Benjamin Elton, chief minister of the Great Synagogue in Sydney, at an online national Jewish community memorial tribute to the Queen on Monday evening, hosted by Executive Council of Australian Jewry (ECAJ) president Jillian Segal, and held shortly before the monarch’s state funeral.

“The Queen was inspirational for committing to lifelong service at a young age and carrying it through,” he said. “We young adults saw the Queen as a dependable, reassuring grandmother, calm in the face of many challenges.”

Natalie Gunn, president of the Australasian Union of Jewish Students, said, “The Queen, through her service, showed that gender or age … should not be a barrier to success … Unlike Queen Elizabeth, King Charles III doesn’t come to the throne as a young adult. Yet we are fortunate that he shares many values with young adults in our community.”

She said King Charles shares the concerns of young Jewish Australians over climate change and Holocaust remembrance. “Our hearts go out to this selfless new King who stands on the shoulders of a giant.”