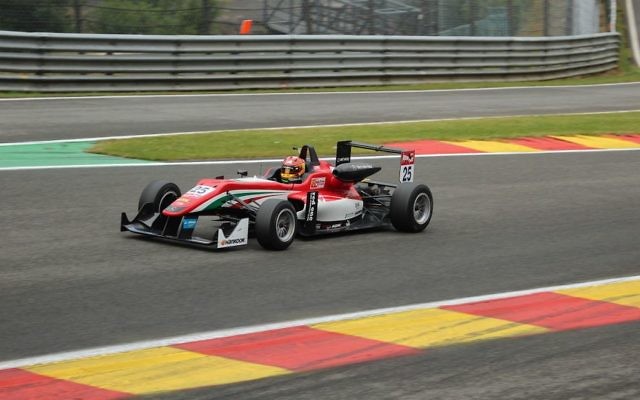 HE had to wait until he was 18 last October just to gain clearance to be in his introductory press conference with the Williams Martini Racing Team.

But this weekend in Melbourne, Jewish Canadian Lance Stroll will take his position on the starting grid at the Australian Grand Prix, becoming the second-youngest driver in the history of the sport to make his race debut on the Formula One stage.

And it will be a big stage, with more than 300,000 fans estimated to walk through the gates, including 100,000 on race day on March 26, and an estimated television audience of hundreds of millions.

This Australian Grand Prix is also tipped to be one of the fastest, due to a major track upgrade, -new-age F1 car technology advances and the use of new model Pirelli tyres, enabling speeds down the straight of more than 360km/h.

Fortunately Stroll is gaining a reputation as a driver with incredible natural ability and notable speed to burn.

Ferrari introduced him to the junior circuit when he was just 11, and the son of fashion industry billionaire Lawrence Stroll’s fortunes rose rapidly when he won the 2014 Italian Formula 4 Championship, the 2015 Toyota Racing Series and the 2016 European Formula 3 Championship.

He has his doubters, following a steep learning curve during [northern] winter testing in Barcelona, when he crashed after just 12 laps.

But he is not letting that worry him as he makes final preparations for this weekend’s big race.

“I don’t care about the critics. It’s none of my business,” Stroll said.

“We’re all professionals. Things happen in motorsports and you’ve just got to bounce back from it.

“To be racing in Formula One in 2017 is incredible, and I can’t thank Williams enough for showing faith in my ability.

“You think you’re always so far away from being there and, before you know it, you’re here and about to go racing.

“It’s definitely a dream come true for me.”

Fellow Montreal resident Jacques Villeneuve – the last Canadian to excel on the Formula One circuit – told the Montreal Post that he is confident Stroll has the ability to compete strongly in Melbourne.

“The potential is there. His results have been amazing – he’s super fast,” Villeneuve said.

“He works well with the team at setting the car, he’s well-educated and seems to be extremely passionate as well, so all the ingredients are there.