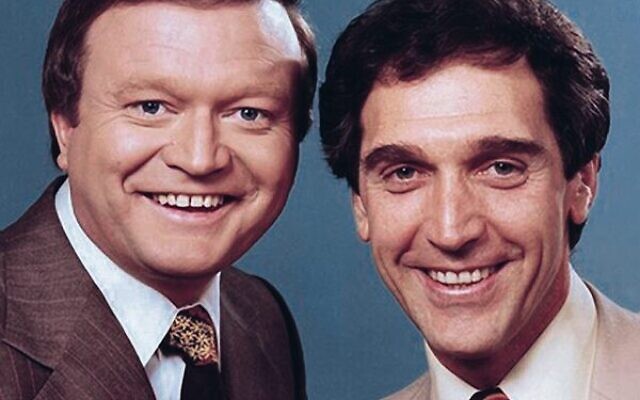 BERT Newton’s marathon partnership with Don Lane was a fixture of Australian TV in the The Don Lane Show of the 1970s and 1980s, just as Newton’s earlier teaming with TV “king” Graham Kennedy had been.

With his gregarious sense of fun, Newton would playfully call Lane, a New Yorker with a Jewish father who won fame on Australian TV, by his original moniker, “Donald Morton Isaacson”.

Jewish associates of Newton – and he had quite a few, including Peter Faiman, executive producer on the Lane program – this week joined millions of Australians in mourning his passing on Saturday, aged 83. They spoke of his irrepressible passion to be funny, but Newton was also a serious interviewer with deep empathy.

Posted by The Australian Jewish News on Saturday, October 30, 2021

TV producer Jeff Shenker, who worked with Newton for half a decade in the 2000s, recalled a star who never dodged “a bit of fun”.

“He was very professional with getting the job done, but happy to have a joke with the crew,” said Shenker.

Shenker worked as a production manager on Bert’s Family Feud and when Newton famously hosted The TV Week Logie Awards.

In 2006, with his son Ashley’s bar mitzvah approaching, Shenker was compiling a tribute video, and approached Newton for a reflection, which the star was happy to give.

Ever the joker, Newton even suggested an offbeat bar mitzvah present. “He offered to give him one of his hairpieces as a gag, but I said, ‘Thank you very much Bert, but I’m not sure my son would appreciate it’,” mused Shenker.

“But he gave a beautiful message [in his bar mitzvah tribute] about being true to yourself,” he remembered. “With Bert passing away at the weekend, I actually pulled out the DVD put together for my son and it was poignant to see Bert with his response. We’d recorded him in his makeup room and he was happy to have a chat and was very generous with his time.”

Newton’s empathetic style shone through, even when the topic was tragic. In 2005, he interviewed Holocaust survivors Harry Fransman and Olga Horak about the Sydney Jewish Museum on Channel Ten’s Good Morning Australia With Bert Newton. Hearing their horrendous accounts, he asked, “How do you, Harry, not hate?” to which Fransman, noting those who had saved Jewish lives, replied, “You cannot hate.”

Newton had a Jewish tailor Henry Cass – and Melburnian George Cass, his son, has vivid memories of delivering clothes from his father’s Camberwell tailoring business to Newton’s caravan at the Channel Nine studios in Richmond during the nine-year run of The Don Lane Show.

Cass’s father was the proprietor of Cavalier Menswear, and in 1975 when the show began, his son suggested “we should dress Bert”. Cavalier approached Newton and clinched the deal.

“Through Channel Nine, we dressed Bert for many years, on the Lane show, New Faces … We also used to do clothes for him when he flew to Sydney to do Celebrity Squares,” said Cass. “Bert used to go through a lot of clothing.”

Newton visited the store in the early days and subsequently took delivery of his suits and jackets, shirts and neckties at his caravan in the studios on the days the Lane show aired.

“Bert knew I wanted to become a schoolteacher and when I walked into the caravan he would always start singing ‘To Sir With Love’,” Cass said. 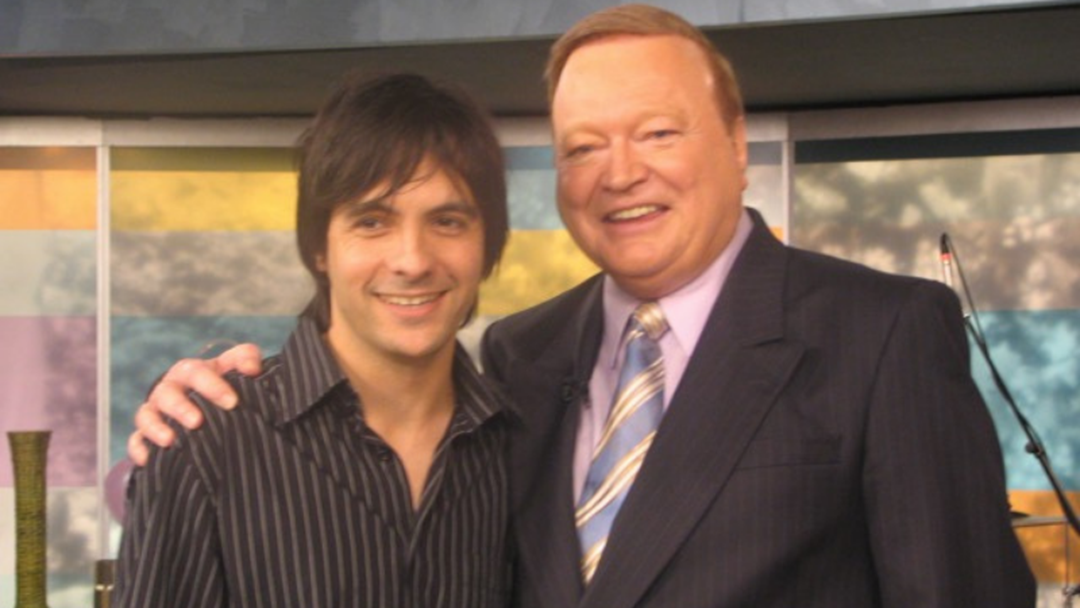 The young man would be invited to the control room during afternoon rehearsals, especially during the early years of colour TV, and if there was a problem with the colour of any apparel, he hurried back to the store and returned with replacements.

“He and [wife] Patti would send telegrams to my parents, they would send flowers and thank-you notes,” Cass remembered.

“He was very conscious of remembering the people around him, who assisted him,” he told The AJN. Paying tribute to Newton’s long career in TV, radio and theatre, he said, “I don’t think there’s anyone I can remember in show business who was such an all-rounder.”

Pianist and composer John Foreman first appeared on Good Morning Australia at the piano, soon rising to music director in 1992 at only 19. Newton, knowing Foreman kept kosher, interviewed him about kashrut, which delighted Jewish viewers.

“As a well-known Catholic, Bert was fascinated by people of all religions,” Foreman told The AJN, noting Sydney’s Rabbi Rudolph Brasch was a regular guest on Good Morning Australia.

“Bert was also fascinated by people who are known by just one name – like Cher, Madonna, and Fiddler on the Roof star, Topol.

“Bert was interviewing Topol, who was in Australia to promote a stage production of Fiddler. Bert asked him ‘Topol, do you have a Christian name?’ to which Topol replied ‘No, I’m Jewish – but my first name is Chaim!’”