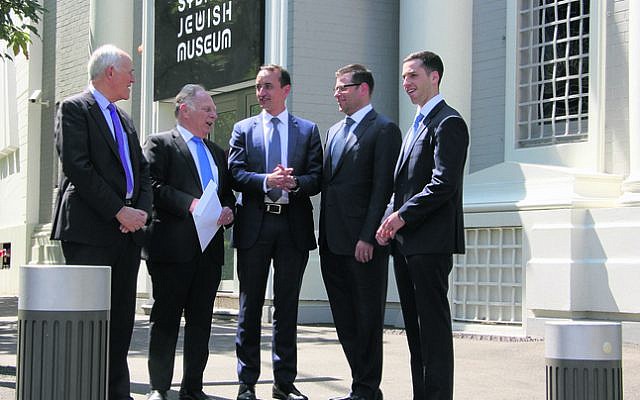 JEWISH organisations across Australia will benefit in the latest allocations from the federal government’s Safer Communities Fund, with more than $5.5 million going to fortify Jewish security in the electorate of Wentworth alone.

Round four of the grants has seen the government allocate a total of $41.9 million to schools, places of worship and other community organisations across the wider community.

In the Bradfield electorate – home to much of Sydney’s north shore Jewish community – five communal organisations will share more than $1.5 million.

Executive Council of Australian Jewry co-CEO Peter Wertheim said funding received by Jewish organisations across Australia was “much-needed and very timely given the resurgence of antisemitism”.

“Although the results are still coming in and the ECAJ is in the process of compiling a national tally, the early indications are very promising,” he said.

“I am confident that our community will receive a substantial percentage of the security funding that was to be made available in total in round four.”

“The Jewish community is an integral part of what makes the fabric of Australia so strong and rich, and this sort of intolerance has no place in Australia,” he said.

He added, “Ensuring Australians can practise their faith and traditions in peace and safety, without harassment or intimidation, is a core Australian value and one of the most important duties of any government.”

The funding is in addition to the $2.2 million in Jewish security funding promised during the October 2018 Wentworth by-election, which the government approved last month.

Meanwhile, a number of Jewish community organisations in inner south-eastern Melbourne, including schools, shules and Jewish Care Victoria, will receive a funding boost for their security needs in the latest round of federal allocations under the Community Safety Grants program.

Victorian Liberal Senator James Paterson announced the recipients under the Morrison government’s Community Safety Grants, which are awarded as part of the government’s Safer Communities program.

“The Community Safety Grants program is an integral part of the Morrison government’s commitment to ensuring religious groups feel safe and secure in their communities to practise their faith freely,” said Paterson.

“I’m so pleased to deliver an accumulative $4,274,412 to 10 organisations in Macnamara to help fund practical safety measures which will safeguard religious freedom in our community and ensure the continued prosperity of these cornerstone organisations,” he stated.

The projects which have been funded include the implementation of CCTV cameras, deterrence measures, improved lighting, boom gate and fencing solutions, as well as upgraded intercom and alarm interfaces.