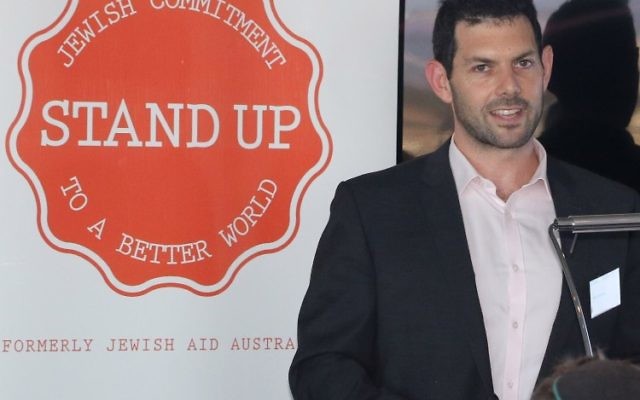 THIRTEEN Jewish communal organisations have backed a statement regarding the humanitarian crisis on Manus Island, condemning the Australian government’s lack of compassion and decency as “shameful”.

Describing the stories emerging from Manus Island as “deeply disturbing”, the statement notes that hundreds of men, “a majority of whom are proven to be refugees, are trapped in prison-like facilities, deprived of medical care, food and water”.

“We cannot pretend this is not happening,” the statement laments.

“Australia’s current approach lacks the compassion, decency and humanity that we believe are integral to Australia’s character.”

The statement goes on to say that Jewish people are “acutely aware of the consequences of indifference and inaction”.

“We understand and appreciate that an Australia built on acceptance and inclusivity strengthens Australia’s social fabric.

“Indeed, it is these values that have enabled the Jewish community to become a thriving and contributing part of the wider Australian society.”

It says the Australian government’s “current preference for political expediency over compassion and decency is shameful”.

“We are calling on our political leaders to act with moral conviction and courage to find a sustainable and humane solution for the men on Manus Island.”

Gary Samowitz – CEO of Stand Up, which coordinated the statement – told The AJN it was important the Jewish community “was not silent” on this issue.

“The Jewish community is deeply sensitive about the asylum seeker issue, because we know what it’s like to be in the shoes of people seeking refuge from persecution,” Samowitz said.

“Leaving politics aside, we feel that our government cannot leave these men destitute and without basic services.

“This is a test of our Jewish community’s moral compass and it’s an opportunity to show that compassion, human dignity and welcoming the stranger is what we stand up for. We refuse to be bystanders on this issue.”