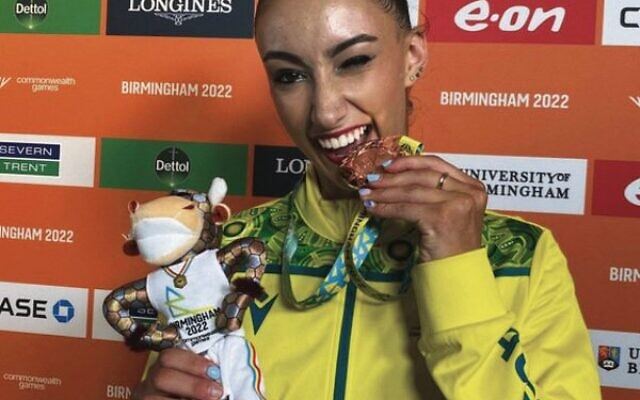 FRESH from the Maccabiah Games, Jewish gymnast Alexandra Kiroi-Bogatyreva picked up gold, silver and bronze medals for Australia at the Commonwealth Games.

The 20-year-old is now a five-times Games medallist.

After a gruelling three-day program, Kiroi-Bogatyreva narrowly beat Canada’s Carmel Kallemaa to the gold and burst into tears when her score was announced.

“The emotions just came out and they’re still coming out and every time I see this medal I’m probably going to cry,” she said.

“Today was psychologically difficult. I just had to remind myself that I’m here because I want to be, have fun … and I came away with the gold.”

Kiroi-Bogatyreva has spent most of her time training and competing away from home, mostly based in Azerbaijan.

With the help of her parents, she now has her sights set on the world championships in a month.

“There’s so much sacrifice, training eight to 10 hours a day,” she said.

“Unfortunately it’s 99 per cent self-funded – all my world cups, world championships, my leotards. Everything is paid for by my parents and lots of sacrifices have to be made to get medals like the gold but in the long run it’s definitely worth it.”

Kiroi-Bogatyreva had the perfect preparation leading into the Games, winning five bronze medals for Australia at the Maccabiah Games in Israel. 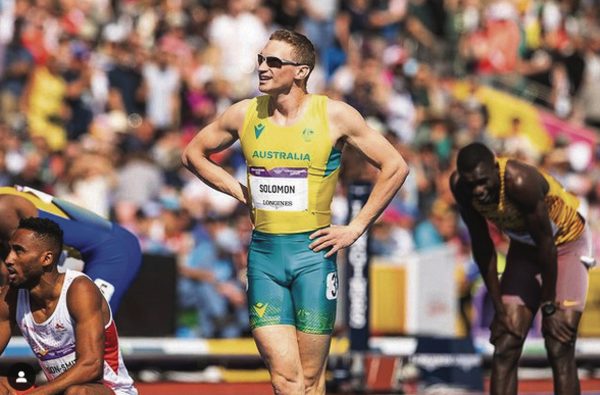 Meanwhile, Steve Solomon overcame a tough year to qualify for the 400m final in Birmingham. Unable to walk for 20 weeks with a serious hamstring injury, Solomon finished a gutsy seventh and said he leaves Birmingham feeling “healthy and energised for more”.

“I did everything in my power to overcome serious injury,” he said.

“Every single day I committed myself mentally and physically. Professional sport is brutal, and that’s why I love it”.