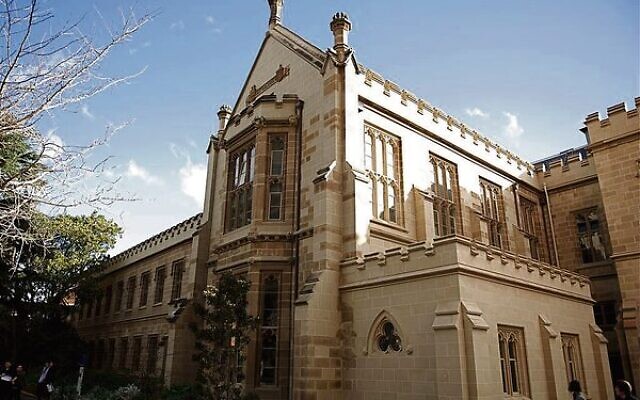 UNIVERSITY of Melbourne law student Justin Riazaty is not Jewish, but he was so incensed that its student union has revisited its motion on the Israel-Palestinian conflict and passed a new version – still virulently anti-Israel – that he has mounted a legal campaign against it.

Riazaty, 22, a first-year postgraduate law student and member of the University of Melbourne Students’ Union (UMSU), ran a legal challenge against UMSU’s initial motion in May, prompting the union to rescind it over legal costs.

But speaking to The AJN on Monday, Riazaty was deflated that a thinly revised motion, still calling for BDS against Israel, was passed by UMSU’s council. Monday’s vote was 13-3, with one abstention. However, he said the fight against the “hateful and malicious” motion has just begun.

Supporting Palestinians to “engage in self-defence against their occupiers”, the new motion slams the “use of Zionism to justify the illegal occupation of Palestine as racist and colonial” and “ongoing ethnic cleansing of Palestinians”. 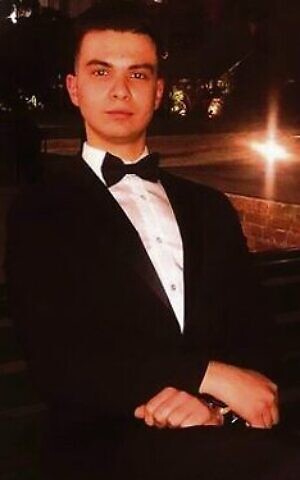 Asked why, as someone not Jewish, he is campaigning against BDS, Riazaty told The AJN, “You don’t need to be Jewish to see something wrong, to see something that’s hateful, and an agenda that’s purely antisemitic. There are a lot of Jewish students at the university, and I’m friends with many of them, and many Jewish students feel unsafe on campus.”

Riazaty rejected claims that opponents of the motions were trying to stifle free speech.

“There’s a bit of irony there,” he said, noting that after rescinding its initial motion, UMSU had gone back on its commitment to consult with students, and listen to a broad range of views before revisiting the motion.

Riazaty is being awarded the Courage Against Antisemitism Medal by Anti-Defamation Commission chair Dvir Abramovich this week.

On Monday, Zionism Federation of Australia (ZFA) president Jeremy Leibler wrote to University of Melbourne chancellor Allan Myers expressing concern about the wellbeing of Jewish students on campus, calling on the university to condemn the new motion, as it had condemned the previous motion, and to adopt the IHRA working definition of antisemitism.

Urging UMSU to “engage in dialogue and advocate for peace”, Australasian Union of Jewish Students (AUJS) president Natalie Gunn told The AJN, “We should feel safe to be proud Jews and Zionists on campus, however, without nuanced conversations, respect and a desire to understand differing opinions, Jewish students feel unwelcome and isolated.”

Six Jewish organisations, including AUJS, jointly slammed the revised motion. Noting the “obsessive singling out of Israel and the Jewish people for vilification and abuse”, the Executive Council of Australian Jewry, Jewish Community Council of Victoria, Zionism Victoria, Australia/Israel & Jewish Affairs Council, ZFA and AUJS, stated that “Jewish students have every reason to be outraged and fed up.”

“The motion says nothing about the successive failures of a violent and corrupt Palestinian leadership in rejecting internationally brokered offers made by Israel to establish a viable Palestinian state … Motions like this do nothing for Palestinians, but they make life on campus more dangerous for Jews.”

UMSU president Sophie Nguyen, who earlier described the revised motion as “consistent with the purpose, mission and values of UMSU”, was contacted by The AJN but had not responded at the time of going to press.