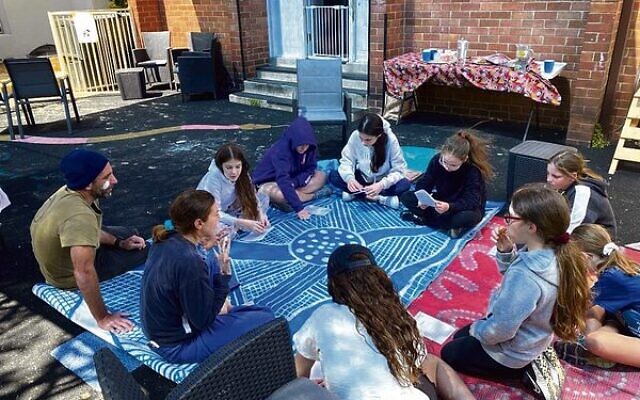 JEWISH organisations joined Indigenous and First Nations people in celebrating NAIDOC week this week in another display of true partnership between the communities.

NAIDOC week celebrates the culture, achievements and history of First Nations people and takes place from the first Sunday in July until the following Sunday.

“There are NAIDOC events put on specifically for Indigenous communities and what’s really interesting is, if you get invited to those, it’s really special that you’ve been included in the celebrations,” said Lisa Pillemer, director of philanthropy at Australian Jewish Funders (AJF).

“There are many instances of Jewish communal organisations or individuals who are invited to specific Indigenous NAIDOC celebrations, which shows there’s a level of trust and gratitude and a feeling that we’re true partners in supporting Indigenous and First Nations people.

“We’re working together to support each other’s growth and by including outsiders in their celebrations, it’s a form of gratitude to show how your time and care is allowing the community to thrive.”

Last year a group of year 6 Emanuel School students and their parents visited the Northern Territory community of Jilkminggan on a nine-day program to experience elements of Aboriginal life and culture.

It was this transformative experience that inspired the students to form the TGC and shortly after they held a gathering at Gunawirra House in Rozelle, a community-led organisation that focuses on healing, resilience and self-reliance.

CEO of Gunawirra House Graham Toomey spoke of the supportive relationship with the Jewish community.

“The giving spirit in your community is kind and unwavering and Gunawirra thanks you sincerely for all your support.”

Stand Up CEO Courtney Winter-Peters said the theme of this year’s NAIDOC week, Get Up! Stand Up! Show Up! “speaks to the heart of what we do at Stand Up. We are about educating, inspiring and mobilising the Jewish community to take action in relation to social justice,” she said.

Stand Up provides regular programs that aim to amplify the voices of First Nations people. This includes its Derech Eretz program to Toomelah and Boggabilla, as well as its Come Together truth telling workshops that run in Jewish homes and in partnership with Jewish schools.

“When considering NAIDOC Week and our work with First Nations people generally, Stand Up is constantly reflecting on our Jewish values,” Winter-Peters said.

“To me, and to Stand Up, this means that if we, having experienced persecution, aren’t going to take action for our world and our future, who will?”

The NSW Jewish Board of Deputies hosted a lunch featuring guest speaker Susan Moylan-Coombs to mark NAIDOC week, while Israel’s ambassador to Australia Amir Maimon attended the official launch at the Department of Foreign Affairs and Trade.