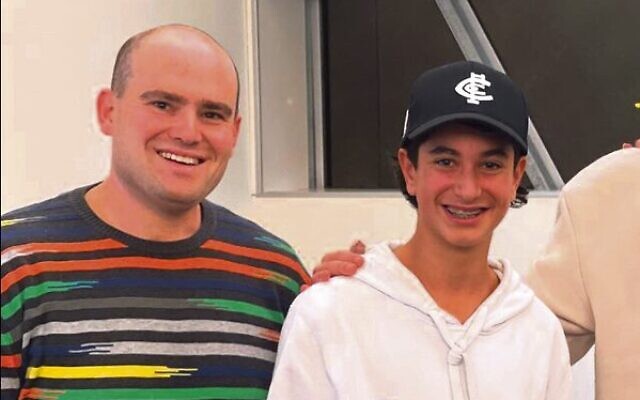 After an incredible 2021/22 Mercantile Cricket Association season in which Maccabi-AJAX Senior Cricket Club’s men’s First XI won their first A Grade premiership since 1983, their U13B Colts side won an all-Maccabi grand final, and their men’s Third XI made the C South Grade semis, the Jewish club had a lot to celebrate at its annual awards night last week.

Highlights of the night included teenager Gilad Lowinger winning the prestigious Ray Saffer Award for his performances and fair play for both U17s and men’s teams, and veteran spinner Mark Soffer – who took a wicket described as the “Jewish Ball of the Century” in the First XI’s grand final win – becoming the newest Life Member of the club.

Three Jewish athletes will represent their country in men’s and women’s events at the 2022 Oceania Athletics Championships in Mackay, Queensland, from June 7-11.

Jemima Montag, who came sixth in her Olympics debut in Tokyo, will compete in the women’s 5km and 10km race walks.

Almost 200 juniors will also compete at Oceania, in U20 and U18 events.

“The Oceania Championships is a fantastic way to prepare for the 2022 World, and Commonwealth, Games,” Solomon said.

“The congregation of some of the best athletes in the country will create a special atmosphere for the entire Australian team.

World-class rhythmic gymnast Alexandra Kiroi-Bogatyreva, 20, is one of only four finalists for Victorian Female Athlete of the Year in the Victorian Sport Awards, to be held on June 15.

Also announced as a finalist last week is Gary Lasky from Maccabi-AJAX Lawn Bowls Inc, for Community Coach of the Year.

The Sandbelt Bowls Region group – in which Lasky plays a key role – is also a finalist for Sport Initiative of the Year.