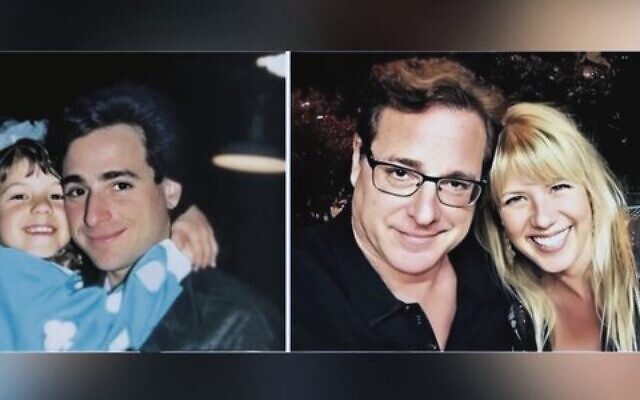 Jodie Sweetin was just five years old when she debuted as Stephanie Tanner in Full House. So, it comes as no surprise that her TV dad, Bob Saget, influenced a lot of her younger years.

But, the Jewish dad, who tragically passed away earlier this year, also influenced the way she parents her own children.

The late comedian was known as a loving father figure, to his own children and those he starred alongside.

Sweetin confirmed this, telling podcast host Olivia Jade (daughter of Sweetin’s costar Lori Loughlin), “He treated me with respect as a young person … I understood that, when I had kids, you can joke with them and have real conversations.”

Referring to her time on Full House as an “amazing” experience, Sweetin said she was “so incredibly grateful” to have worked with people like Saget and her other “dads”, John Stamos and Dave Coulier.

It’s clear Saget was the doting Danny Tanner to everyone he met.