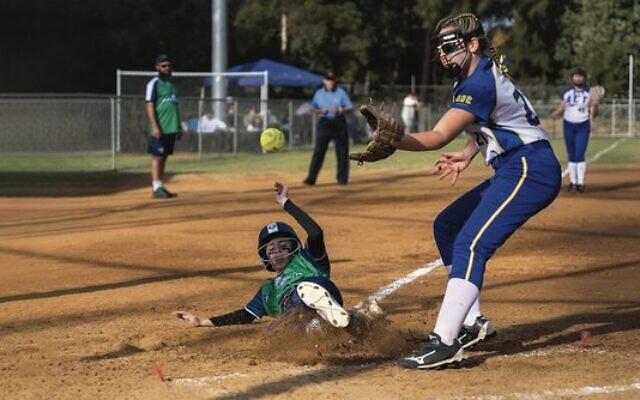 Carla Joffee diving for base for the NSW Metro Slammers versus ACT at the 2022 Softball Australia U14 Girls' Championships in Canberra. Photo: Rachel Agnew/Shootproof

Carla Joffee made her Australian Softball Championships debut for the U14 girls’ NSW Metro Slammers team against 12 other teams from across the country, from April 14-17 in Canberra.

The year 8 Moriah College student described playing in her team’s 7-match campaign as “a fantastic experience”.

Her NSW Metro Slammers came third at the nationals.

They defeated Victoria 10-9, and the NSW Country Sliders 7-4, in consecutive finals series games, before bowing out in the preliminary final to the NSW Metro Strikers, who then lost to Queensland in the final.