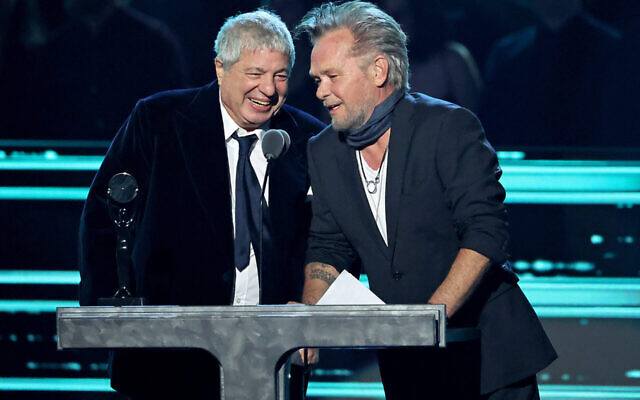 “Allen is Jewish, and I bring that up for one reason: I’m a gentile, and my life has been enriched by countless Jewish people,” said Mellencamp, whose songs Jack & Diane, Little Pink Houses and Hurts So Good were hits in the 1980s.

“I cannot tell you how f—ing important it is to speak out if you’re an artist against antisemitism,” Mellencamp went on. “I don’t give a f—, I don’t care [about people’s identity]. Here’s the trick: Silence is complicity. I’m standing here tonight loudly and proudly with Allen, his family and all of my Jewish friends and all of the Jewish people of the world.”

Mellencamp was speaking on behalf of Allen Grubman, a prominent music industry lawyer who was being inducted because of his efforts to strike agreements that let artists retain creative rights over their work. On stage, Mellencamp embraced his longtime friend and called him a “true mensch.”

Grubman, who has been referred to as “perhaps the music industry’s wealthiest and most powerful attorney”, is among a cohort of Jewish lawyers and executives who sit at the top tiers of the entertainment industry. He has represented Madonna, Elton John, Bruce Springsteen and Billy Joel.

“I tried to move the leverage from the labels to the artists,” he told Variety. “And I feel I was pretty successful doing so, which took chutzpah.”