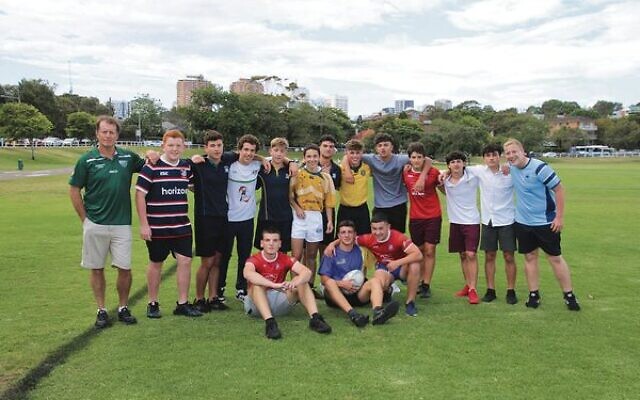 HISTORY is in the making, with preparations well under way to forming Australia’s first junior rugby team to compete at a Maccabiah Games, just in time for the upcoming games in Israel in July 2022.

The core of the team of boys – born between 2004 and 2007 – have already committed, and started to train in Sydney under coach Stu Donaldson, who played 200 games for Randwick Rugby Club in his playing days, and is now Moriah College’s senior rugby coach.

All that’s needed now is to complete the squad, so a call is going out to all Jewish junior rugby players in Sydney, Melbourne, Perth and Queensland who would be eager to try out for the team, and gain the opportunity to wear a green and gold jersey and represent their country at the Maccabiah Games.

“It will be a once in a lifetime experience for all the players and coaching staff,” said Donaldson, adding that the passion and dedication shown by the boys who are already in the squad “will give the Australian juniors an edge, and hopefully lead to success on the field in Israel”.

Moriah’s senior rugby captain Ben Todes, who has joined the squad, said, “It will be a great opportunity to represent our country, the Jewish and rugby communities, and demonstrate our potential.”

Jewish junior rugby players around Australia who would like to try out for the squad or find out more information should email squad manager Joshua Haimovitch at maccjuniorrugby@gmail.com