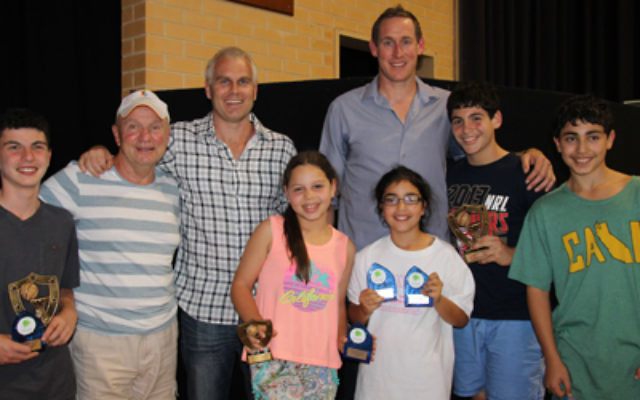 THREE junior Maccabi basketball teams celebrated premiership success over the weekend, with the boys’ under-16 Jets, under-14 Devils and under-12 Warriors all recording victories in their respective grand finals.

The Jets scraped into the playoffs after an average home-and-away season, but turned its form around with tremendous victories against quality opponents.

After edging out its Maccabi rivals, the Mavericks, in the semifinal last week, the side managed to continue its hot-streak in a 28-19 win over Reddam.

The Devils team capped off a brilliant season in the division 1 competition with a 38-30 triumph over Newtown, which comes after previous success in divisions 2 and 3.

Maccabi finished fourth at the end of the regular season, but was able to match its fancied opposition in the final.

The Warriors rounded out the premiers list with a 33-14 win over the Stars, with most of the damage done early after a 12-2 run for Maccabi.

Julian Glass (12 points) was active around the ring, while Dean Gilbert (six) was on song at both ends of the court and Sam Wein put in a strong defensive effort.

Maccabi also had the under-16 Hawks in the grand final, but the side was unable to overcome Balmain Blaze in a 45-33 defeat.

Ariel Gomel was the recipient of the President’s Cup award for his dedication to the club and initiating the under-8s age group.

It also marked the end of an era for departing club president Michael America, who handed over the reins to Edward Wayne.