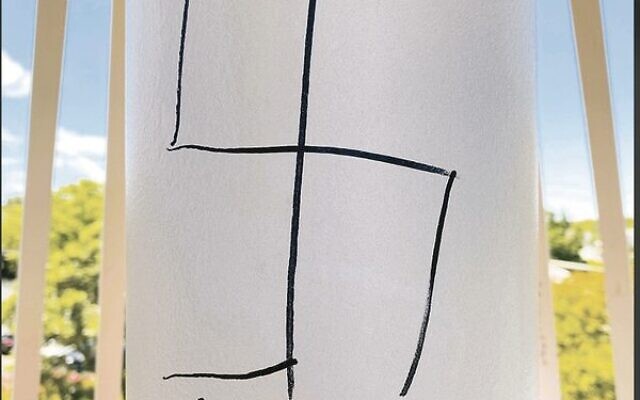 Chairman of the Anti-Defamation Commission Dvir Abramovich said he is “not surprised” to see that “neo-Nazis have embraced Kanye West’s hate-filled and threatening comments against the Jewish community”.

His comments come after a swastika was graffitied at Central Gardens Park in Hawthorn, alongside the words “Kanye is right” last weekend.

The antisemitic vandalism was reported by a Jewish man who is the grandchild of Holocaust survivors. He was told by the local council that the graffiti would be removed this week.

Abramovich told The AJN, “West is a blatant, unvarnished antisemite who deserves our condemnation.”

He added, “West’s rhetoric is dangerous and will have real-world consequences.”

President of the Jewish Community Council of Victoria (JCCV) Daniel Aghion, said, “Tragically, the recent spate of antisemitic remarks by celebrities has emboldened bigots around the world, including here in Melbourne.”

This attack comes just over a week before the new legislation banning the Nazi Hakenkreuz comes into effect.

From December 29, Victorians who display the Nazi swastika could face a year in prison and a $22,000 fine.

Aghion told The AJN, “This is a significant step. Antisemites are on notice that they will face hefty fines or jail time for vandalising property with this hateful symbol.”

He added, “It is satisfying that Jewish Victorians, indeed all Victorians, will not have to face these symbols of evil as we head in to 2023.”

The new law was drafted following consultation with the JCCV, as well as representative bodies for the Victorian Hindu, Buddhist and Jain communities. As part of their religious practice, Hindus, Buddhists and Jains all use the cultural swastika, which looks different to the Nazi Hakenkreuz and represents wellbeing, guidance or good fortune. This practice can continue under the new law because it is only the Nazi Hakenkreuz that has been banned.

To report incidents of antisemitism, contact CSG on 1300 000 274 or visit vic.thecsg.org.au/report- an-incident.