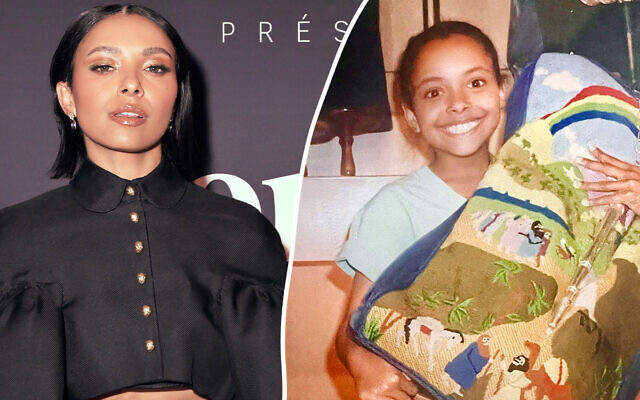 It’s a been an emotionally fraught few weeks for Jews.

To recap: In early October, rapper Kanye West (also known as Ye) began propagating antisemitic stereotypes and conspiracy theories on TV and on his various social media pages. Ye claimed in a tweet, “I actually can’t be antisemitic because black people are actually Jew…,” espousing the Black Hebrew Israelite ideology that Black people are genealogically descended from the ancient Israelites.

What followed was, predictably, more antisemitism.

NBA player Kyrie Irving showed public support for a movie which purports Black Hebrew Israelite beliefs and antisemitism. Hate group Goyim Defense League hung antisemitic banners over the busy 405 freeway in Los Angeles. The FBI reported a credible threat to all synagogues in New Jersey, urging them to take all security precautions. And antisemitism, as well as racism (and particularly anti-Black racism), has spiked on Twitter, following the platform’s acquisition by Elon Musk.

While these incidences have been harmful and scary for all Jews, they’ve been particularly damaging for Black Jews. Ye and Kyrie’s antisemitism seems to hinge on the idea that Blackness and Jewishness are mutually exclusive, thereby erasing Black Jews who might also be feeling unsupported by the Jewish community.

Now, Black Jewish actress Kat Graham is speaking out about how she’s been affected by everything that’s happened.

In a recent Instagram post, Kat shared photos of herself from childhood. Notably, the first photo shows her beaming while holding a Torah scroll.

“Amidst the many highlights that I have experienced recently…I can also, very honestly, say that the past few weeks have also been a struggle,” Kat begins in the caption, going on, “I, always, felt that my success would make me accepted and make me immune to the racism and antisemitism that my parents and grandparents were forced to endure. As a Black Jewish woman, I can tell you that this is not the case. We are surrounded by so much antisemitism and racism, profoundly affecting the black and Jewish communities. Both, to which I, proudly, belong.”

The Vampire Diaries actress continues: “People around me are asking me what do I have to ‘say’? Here it is… I see my grandmother hiding under the stairs as a child, as Nazis stomped through her house to drag her off to a concentration camp. I see my father being stopped by a police officer for driving a nice car, sitting beside a white woman, my mom. I see my nieces and nephews hiding in bomb shelters in Israel. I see my grandfather lined up on the beach to be shot, having to flee for his life. I see genocide and war. I see the worst of it. I KNOW the worst of it because that is what my family has endured.”

“Please use your words judiciously and remember my family, and all the many children, men and women who bear the scars of bigotry and hate speech,” she says, ending the caption with a plea: “We’re all in this together with a shared responsibility to do better.”