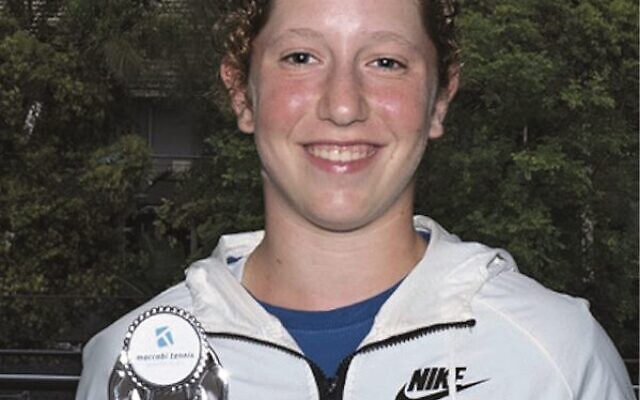 Currently ranked third in Australia in U16 girls’ tennis, Katz not only won the award for Best Junior Player, but also was named the Bert Rosenberg Competition Player of the Year – an award that recognises not only on-court success, but also fair play.

At Maccabi, Katz is a regular player in Lance Rosenberg’s A1 Division Sunday morning competition team, and is coached by Maccabi club coach Mattia Stoissa.

Some of her achievements this year include earning a Universal Tennis Ranking of 8.90 (30th in the Australian junior rankings), an Australian women’s tennis ranking of 193, winning U16 singles titles in Albury and Nepean, and coming fifth at the U14 Clay Court Nationals in Canberra.

Because of her results at the nationals, she received a wildcard entry into the main draw of her first ITF tournament, in the Mornington Peninsula, where she reached the quarter-finals.

The winner of the Lloyd Burman Junior Sportsperson Award was Leora Shafransky. She is a regular junior competition player, a junior coach helper, and is considered an exceptional asset to Maccabi’s junior tennis program.

Jonathen Cass received the club’s Most Improved Player Award. His team won the top yellow ball division in term 2, where he played outstandingly well in singles, and was always willing to be a reserve in higher divisions.

The “Ones to watch” award went jointly to Ryan Jankelowitz and Arieh Gerdis.

Hilton Seskin won the Gabbie Odze Most Improved Senior Player Award. Seskin recently moved up from A3 grade to A2 in singles, and was a Club Championship A3 doubles winner.

And Egon Sonnenschein received the David Vogel Senior Sportsperson Award. It is the second year in a row he has been awarded this honour. In his 90s, he still regularly plays social tennis and has tennis lessons with club coach Piotr Haczek. 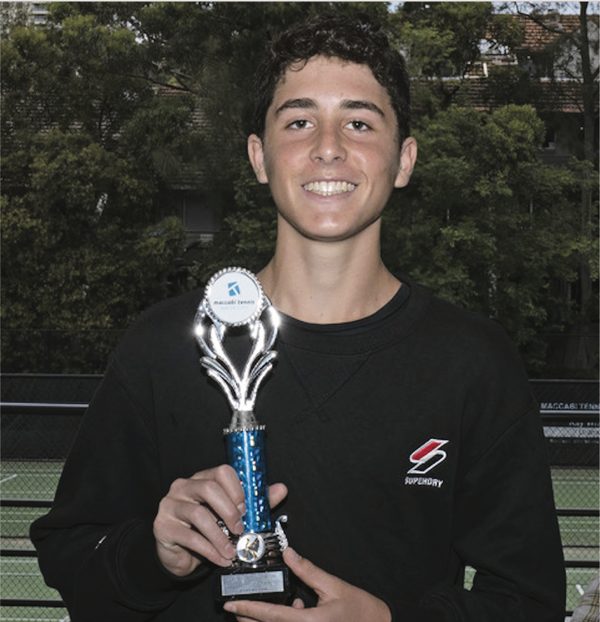