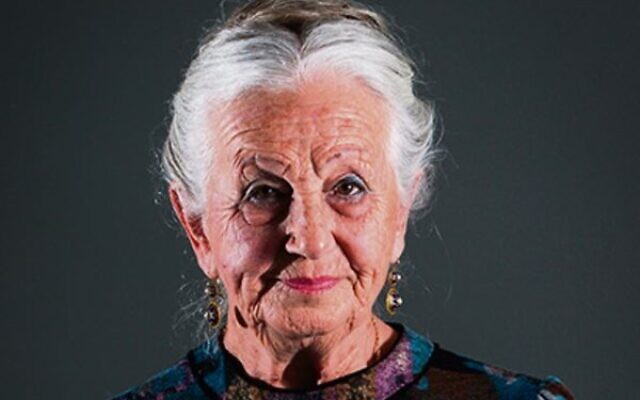 Olga Horak OAM will share her story at this year's Yom Hashoah commemoration.

OLGA Horak has shared her incredible story so many times, but it never gets any easier for her to tell it.

The Holocaust survivor, who is 95, has written a book called Auschwitz to Australia: A Holocaust Survivor’s Memoir. She has also told her story at the Sydney Jewish Museum for 30 years.

This year, Horak will speak at the Yom Hashoah commemoration on April 27, where the theme is ‘Keeping Alive the Stories of Survival’. It will take place at 7pm at an eastern suburbs location and there will be an in-person screening for members of the north shore community. The event will also be streamed online.

“Despite reliving memories of Auschwitz, a death march and Bergen-Belsen, and the loss of her entire immediate family, Olga has been determined to educate Australians about the atrocities of the Holocaust.”

Horak was born in Bratislava, Czechoslovakia, and was 14 when the war broke out in 1939.

Despite suffering from typhus and diphtheria, she survived to see Bergen-Belsen liberated on April 15, 1945.

Tragically, her mother died the day after liberation.

In 1949, Horak and her husband John arrived in Sydney to begin a new life, but it took time for her to share her testimony.

“People were not ready to listen,” Horak told The AJN.

“It took a long time, not only for people to listen to us, but for Holocaust survivors to start talking about their past.”

Even now, Horak is at times overcome with emotion in front of an audience as she recounts her history.

“The sensitive part of my past is not easy to overcome, not even now. I can be very emotional when I talk. I’m trained to overcome many difficult things, but it happens and I can’t avoid being emotional sometimes.”

As the number of Holocaust survivors dwindles, Horak has urged the younger generations to continue telling their stories.

“Do not forget and please keep the memory alive,” she said.

“The young generation should not forget – they should take over and continue to remember.

“History can repeat itself, we know it now and have seen the horror in Europe. This upsets me, of course, because I can relate to the people who are suffering even now after so many years.

“We are now a decimated group of Holocaust survivors who can still talk and we always stress how important it is not to forget.”

NSW Jewish Board of Deputies CEO Darren Bark added, “As the number of remaining Holocaust survivors sadly dwindles, please join us in hearing from Olga, and ensuring our survivors’ stories and incredible legacies live on.”