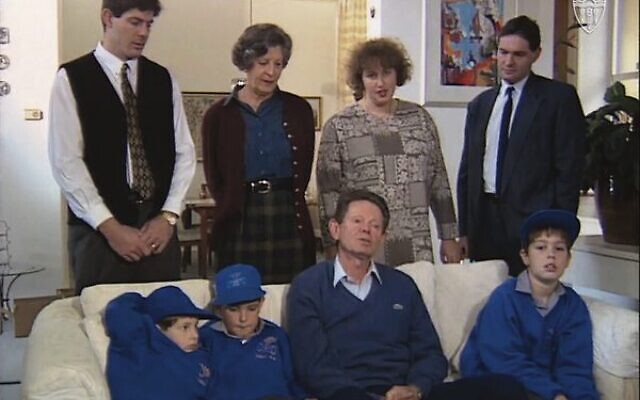 Braham Stern giving his testimony in 1990 for a project about Czech Holocaust survivors.

LAST week at our seder tables, we continued the millennia-long tradition of telling the story of the Exodus from Egypt.

This Wednesday night, on Yom Hashoah, we commemorate the six million victims of the Holocaust and ensure the stories of those who survived will continue to be told for generations.

The story of my late grandfather, Braham Stern, exemplifies the miracle of surviving the Holocaust.

Braham Stern, then known as Abraham, was born in 1930 in Rososh, Czechoslovakia. The family, with five children, lived comfortably, and Braham got along well with non-Jewish neighbours.

Antisemitism increased after the Germans arrived, and in 1943 Braham and his family were transported to the Mukachevo ghetto, before arriving in Auschwitz, where his parents and two of his siblings perished. Braham’s height and thick clothing upon arrival made him appear older and saved him from the gas chambers – he was only 13 years old.

In May 1944, Braham was transported from Auschwitz to Mauthausen-Gusen. At Gusen, Braham worked in the quarries and latrines. A vicious dog bite on his leg severely weakened him and his right arm was harshly beaten.

While other inmates were forced on the death march before the camp was liberated, Braham’s legs were too weak – he was left in the barracks and expected to die. He was just 14.

When the Americans arrived in Mauthausen-Gusen, they singled him out as they couldn’t believe such a young and frail person was still alive. He required transfusions and it was weeks before he could take his first steps.

When Braham finally stepped outside the camp, he put his feet in a river and was “completely bewildered”.

“I couldn’t imagine me outside of the wiring system,” he said. “I felt like a canary out of a cage … I was free, I wanted to fly.”

These words come from an audio testimony Braham gave in 1990 for a project about Czech Holocaust survivors. Several years after his death, I did a Google search for his name, and found that the State Library of NSW had this 90-minute “lost testimony” of my grandfather that I never knew existed. 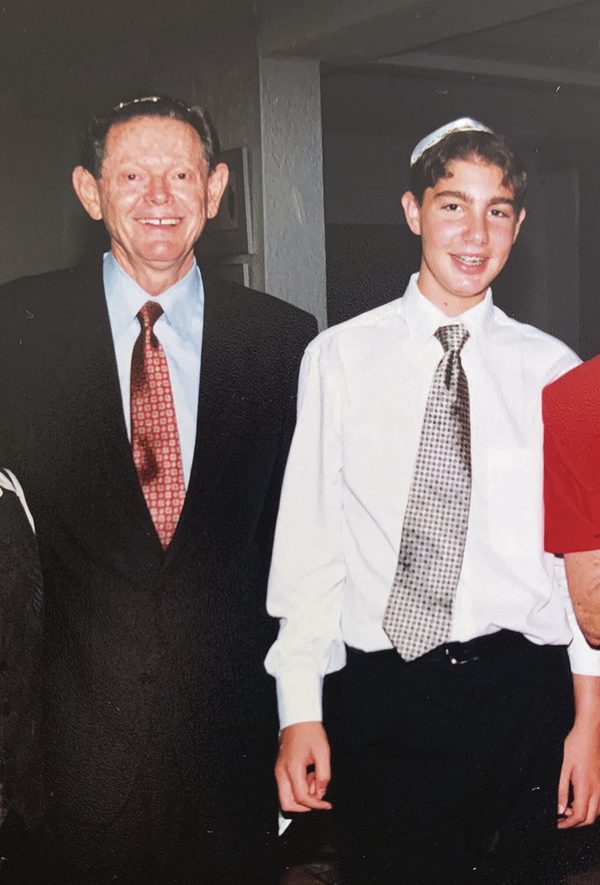 I was very close with my grandfather – my brother and I lived with our Nana and Papa for a year when we were little boys. I interviewed my grandfather in depth for a school research project and watched his Survivors of the Shoah video testimony multiple times.

Listening to his lost Holocaust testimony from beyond the grave, covering aspects of his survival story that I’d never heard while he was alive, brought me to tears.

Braham was brought to Australia by the Australian Jewish Welfare Society. His Australian-born wife Barbara was a source of strength for him for 50 years until Braham passed away in 2009, as were his two sons, his daughters-in-law and his seven grandchildren.

My grandfather’s openness about the horrors he experienced, his resilience and his respect for those who helped him survive and thrive have all inspired my community role in Holocaust remembrance.

Much as the Haggadah implores people in each generation to see ourselves as though we had personally gone out of Egypt, each generation has an obligation, and a unique ability, to keep alive the stories of surviving the Holocaust.

Dozens of survivors volunteer at our local museums and share their testimonies with Australians of all ages.

Many children of survivors are the sole repositories of their late parents’ survival stories.

For survivors’ grandchildren and beyond, we have the skills to access information online about our grandparents, about their home towns in Europe, about their families from archival records. If the information exists, we can find it.

My grandfather noted that there were plenty of survivor stories just like his. It is through knowing what these survivors went through that we can affirm the horrors of the Holocaust and ensure they are never repeated.

Each year, many Jewish communities in Australia hold Yom Hashoah commemorations. We hear survival stories firsthand from those cherished survivors who remain with us. We learn how younger generations are keeping their stories alive, we honour the Righteous Among the Nations who risked their own lives to save Jews, we witness survivors light candles in remembrance of the six million victims.

The Haggadah says in the Avadim Hayinu prayer: “Mitzvah aleinu lesaper b’yitziat Mitzraim” – it’s a mitzvah to tell the story of the Exodus from Egypt.

Many Holocaust survivors have courageously shared their survival stories with us, despite reliving memories of the horrors. Let’s do all we can to ensure these stories continue to be told.

Dane Stern is chair of the NSW Jewish Board of Deputies’ Shoah Remembrance Committee.

The annual Yom Hashoah Commemoration on Wednesday, April 27 will take place in-person at an eastern suburbs location, and will be streamed online. There will also be an in-person ceremony and screening on the north shore. To register, visit nswjbd.org/yomhashoah