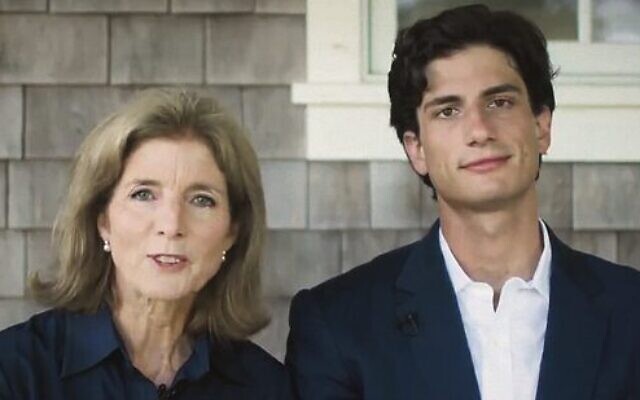 US ambassador to Australia, Caroline Kennedy, has touched down in Australia – the first US ambassador with a celebrity name behind her, that of America’s most high-powered, influential political family.

Kennedy is, of course, the daughter of president John F Kennedy. And she has a Jewish husband. A very Jewish husband, Edwin Schlossberg, whose father, Alfred, was president of New York Park’s East Synagogue.

This means their son, Jack, whose real name is John Bouvier Kennedy Schlossberg and who was named after his grandfather, has Jewish heritage.

While Jack has recently graduated from Harvard Law School and acknowledges that he is inspired by his family’s legacy of public service, he has gone on record to say he is forging his own path.

Still, he didn’t rule a future presidency out.