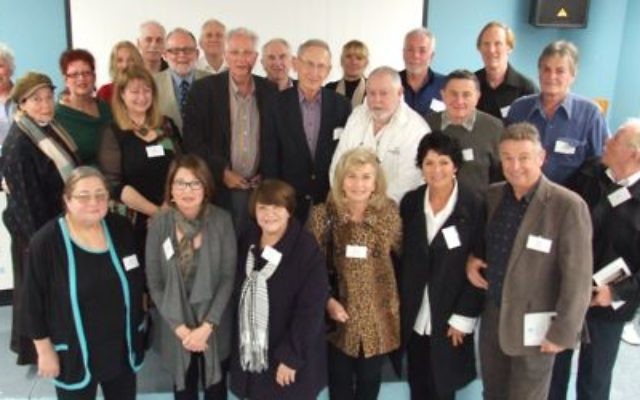 SOME reconnected with old friends, many reminisced, while others tried to gain closure at the recent reunion of former residents of the Isabella Lazarus Home for Jewish Children.

Isabella Lazarus, which sat adjacent to the Sir Moses Montefiore Home in Hunters Hill, was home for hundreds of children between 1939 and 1967. The youngsters were either orphans or came from families where their parents struggled to care for them.

Nearly 60 of them attended the event held at Montefiore last month, some joined by their families.

Co-organiser Agnes Barna, who lived at the home between 1955 and 1960, said the reunion was highly successful. “It was great, it was very emotional, and fantastic,” she said.

She said people spoke “frankly and honestly” about their time at the home.

“People really appreciated the honesty. [They] spoke of some good times and some bad times. They acknowledged all of the not-so-good experiences,” she said. “Strong connections were made, that was really one of the intentions and that was certainly fulfilled.”

Barna had told The AJN prior to the reunion that one of its aims would be to help former residents make sense of their time there in the context of their lives. She said it lived up to that role.

“We could reflect and talk about what that experience meant and how we’ve been able to process that and bring it into who we are now,” she said.

“We remembered so much more because we were able to talk, and of course looking at the photos, it really made it a rich experience.”

Guests at the reunion represented three eras of the home. The class of 1950 is pictured.