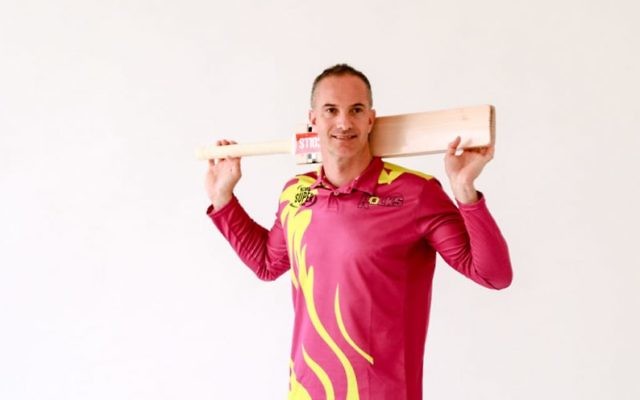 MICHAEL Klinger, one of the world’s most successful T20 batsmen has signed with Paarl Rocks for South Africa’s inaugural Mzansi Super League (MSLT20) as he prepares for this summer’s Big Bash League in Australia.

After churning out thousands of runs against the red ball with his technically correct style, Klinger has proven just as proficient as a short form pro in the twilight of his career.

“It’s going to be a great tournament with all the South African international players playing the majority of the tournament,” Klinger told The AJN.

Paarl, a city in the Western Cape province of South Africa, is most renowned for its wine culture and scenic beauty and Klinger has settled in just fine.

“It’s a beautiful area of South Africa and the team has been very welcoming.”

Klinger has some “great memories” from his two previous playing trips to South Africa, dating back to his Australia U19 days at the 1997/98 World Cup where he averaged 57.

And more recently he captained South Australia to the semi final of the 2010 Champions League T20, and was the tournament’s third highest run-scorer with 226 runs at an average of 46, success he is hoping to replicate.

“South African conditions are similar to Australia, so I’m looking forward to that. Playing against some of their international players will make it a quality tournament and good preparation leading into the Big Bash as well.”

After last year’s failed first launch of a South African T20 tournament, part of the re-strategising was the slashing of teams to half a dozen.

Boasting some of the world’s best T20 players such as Gayle, AB de Villiers, Dale Steyn and Rashid Kahn, Klinger’s experience and leadership will be invaluable for Paarl.

Commencing on November 16 and played at the country’s top cricket venues such as Wanderers, Newlands, Centurion, Kingsmead and Port Elizabeth, each team will play a total of 10 games, before an eliminator and then the final.

Klinger has a simple objective for every T20 tournament he plays in. “I go into it trying to help my team win it by being the best player in the tournament,” and his early form is promising have peeled off an unbeaten half century in a warm up game.

Klinger famously and finally represented his country at the age of 36 when he played three T20s against Sri Lanka in February 2017.

Over his career he has played 180 T20 matches and amassed 5428 runs at an average of 36, including seven hundreds (second most in the world behind Chris Gayle) and 32 50s.

He’ll will be out to defend his crown this summer as the Big Bash’s leading run-scorer after prolific stints with Victoria, South Australia, Adelaide Strikers and the Perth Scorchers.

Outside of Australia, the T20 circuit has seen him play a season in the Indian Premier League with the Kochi Tuskers in 2011, with the Khulna Titans in the Bangladesh Premier League in 2017 and many successful years for Gloucestershire in the UK’s T20 Blast.