A LAST-ditch plea from dozens of Orthodox rabbis, including the Chief Rabbis of Israel and Russia, urging Daniel Andrews to allow Victorian Jews to attend services over Yom Kippur has been denied.

In NSW, meanwhile, the Minister for Health has granted an exemption for the community to observe Yom Kippur outdoors in a COVID-safe way on Thursday, September 16.

Prayer leaders will be able to recite prayers for a maximum period of 15 minutes at various intervals but only at the specified outdoor locations.

The NSW government has mandated that all attendees 16 years and over must be fully vaccinated. Attendees must carry their vaccination evidence and produce it on request.

The NSW Jewish Board of Deputies (JBOD) led discussions with the NSW government about the exemption and thanked Minister for Health Brad Hazzard for enabling the community to “mark this solemn day during the extremely challenging circumstances we find ourselves in”.

JBOD will be liaising with rabbis on how community members can mark Yom Kippur at the approved outdoor locations, with information available online.

Meanwhile, with less than 48 hours until the fast began, 35 rabbis in Melbourne wrote a letter to the Premier on Monday in support of proposals for COVID-safe minyans put forward at a meeting between representatives of the Rabbinical Council of Victoria (RCV) and government officials, as well as federal Member for Macnamara Josh Burns and state Member for Caulfield David Southwick.

The rabbis wrote that yom tov services would be masked, socially distanced, outside if need be, and “comply with whichever other safety directions current health advice deems necessary”.

However, on Tuesday morning, noting that there is no mechanism for the Chief Health Officer to consider a request for exemptions to the limits on public or private gatherings, unless they relate to end-of-life events, a spokesperson for the Department of Health and Human Services told The AJN, “We know how tough lockdowns are on all Victorians – but we all have to play our role in keeping case numbers low and protecting our health system for everyone who needs it in the coming months. The fastest way we can return to gathering with families and friends is to get vaccinated.”

One rabbi who didn’t sign though was ARK Centre’s Rabbi Gabi Kaltmann, who told The AJN, “It would be beautiful to gather together over Yom Kippur, but let’s not forget the mitzvah of the day is to fast and do teshuvah which can be done safely and meaningfully in our homes.”

“Much as I would want to be in shule for Yom Kippur, and indeed every day, and I worry in particular for those in the community for whom shule on Yom Kippur is their critical link to Judaism, I know that it is possible and permitted to pray at home. It is inappropriate to ask for an exemption on the basis that we are somehow special, especially when it is clear that it is not going to be granted.” 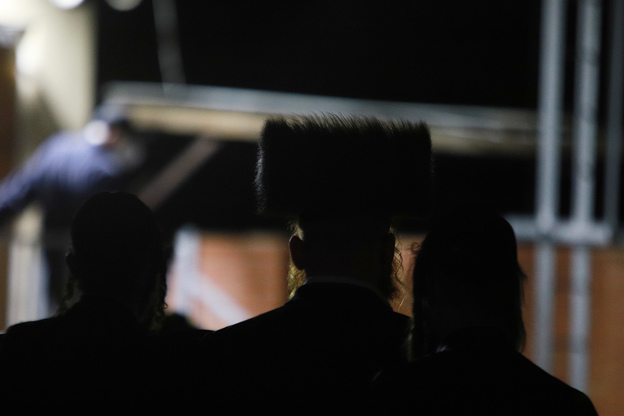 Earlier on Monday, it was revealed that nine rabbis, who described themselves as representatives of “the strictly Orthodox Jewish population in Melbourne”, had written to Andrews urging him to allow Yom Kippur services.

They claimed that while they appreciated the efforts of the RCV and the Jewish Community Council of Victoria (JCCV), who had previously been holding talks with the government, these organisations did not “fully cater for the specialised and unique needs” of their 10,000-strong demographic.

They received support from top rabbis overseas who also wrote to Andrews. Stressing the need for united prayer on Judaism’s holiest day, Israel’s Chief Rabbi Yitzhak Yosef stated, “It is very much an essential need for the Orthodox Jewish population of Victoria.”

Chief Rabbi of Russia Berel Lazar, meanwhile, noted “inconsistencies in regard to the basic religious needs of Orthodox Jews and how they are not deemed essential, in contrast to categories like sport, arts and business who are allowed to gather safely when considered essential”.

The sentiments were echoed by Agudath Israel of America, who wrote to the Premier, stating they are “deeply dismayed by reports from constituents in Melbourne about the draconian restrictions”.

The latest approaches to the government follow the dramatic scenes in Ripponlea last Tuesday when around 30 members of an Adass Israel breakaway group held an illegal minyan on Rosh Hashanah, while their supporters remonstrated with police and media outside.

Victoria Police told The AJN 11 fines of $5452 have so far been handed out, adding that they are working to issue infringement notices to all adults in attendance.

A 72-year-old St Kilda man, charged with recklessly causing injury and unlawful assault for allegedly attacking a cameraman, will appear at Melbourne Magistrates’ Court on February 21.

Following the Ripponlea incident, the RCV urged community members to “follow all laws, including health directives, at all times”, while JCCV president Daniel Aghion stressed, “It is central to the Jewish religion that lives are to be protected, and that the law of the country must be complied with.”

Southwick and Burns concurred, the latter insisting, “The appalling behaviour we saw on Rosh Hashanah must not be repeated.”

Acknowledging that the “majority of the community are doing the right thing by adhering to the CHO directions”, a police spokesperson told The AJN, “There are a minority who think they can blatantly disregard community safety and our advice to them is clear – don’t do it.”