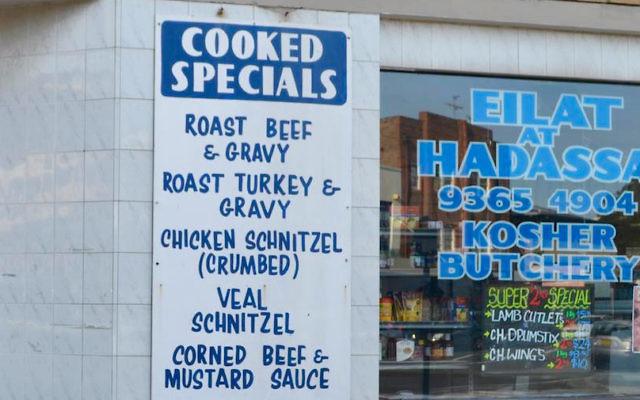 Tom Rev, who has owned and run Eilat at Hadassa in Sydney for more than 30 years, has moved to Israel and sold the business in Bondi to Alan Greenstein and Avron Raymond.

After months of talks, the contracts were finally signed last week and the new owners took possession of the business on Monday.

Greenstein told The AJN it was a “reasonably easy” decision to put in an offer to buy the butcher when it became available for sale.

“We have a particular vision in mind, and that vision is to do whatever we can to upgrade and expand the kashrut offerings in Sydney,” Greenstein said.

“The butchery has been run for three decades by Tom and I think he has done a good job, but times have changed and the needs of consumers have changed, so we would love to be able to, over the course of time, introduce new lines, new products and to upgrade the offering in a number of ways.”

Greenstein said the aim of the new owners is to create a market where more people than ever before can buy kosher meat.

Although he worked in the food and restaurant business many years ago in South Africa, and ran his own catering company, Greenstein is not going to be the retail

“I personally took this on as an investment, not to make money for my retirement.

He said that there are no immediate plans to change anything in the butcher, including the kashrut licence.

“We weren’t given a lot of time in the business to understand it and with yom tov around the corner we want to make as few changes as we can at the moment, and then we will think about building the business going forward.”