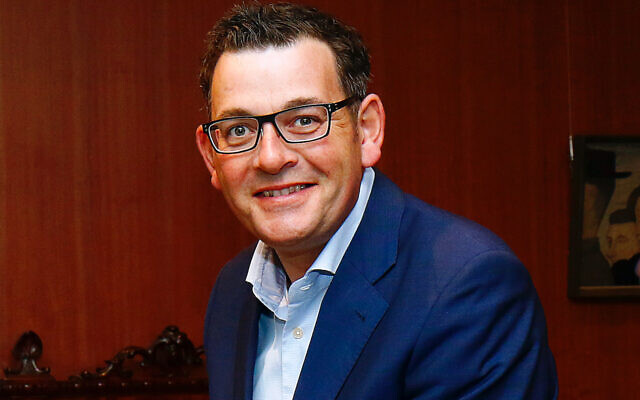 One of Labor’s proudest achievements is the enduring friendship we’ve built with our Jewish communities. A friendship built on genuine connection and the shared values of community and contribution.

As Premier, you’ve welcomed me into your homes, businesses, and synagogues. You’ve shared with me the depth of your faith, and the incredible strength and survival of your people.

And – in every sense – you have made our state and nation stronger, more successful, prosperous and compassionate.

That proud and inclusive partnership was hard fought and won over many years – urged on by communities and enacted by decisive leaders from across the political divide.

It’s a legacy anchored in the architects of our modern multicultural and multi-faith identity: Menzies, McMahon, Whitlam, Fraser, Hawke, Keating and the many more.

We should never forget that the success of our diversity was built on those collective efforts – a shared commitment not just to words, but action.

As Menzies wrote, whether the “sporadic actions of irresponsible people on the ‘lunatic fringe’ … or those who seek to divide our country … any attempt to create an anti-Jewish feeling in Australia is doomed to failure”.

It’s a commitment that has always been bipartisan – Labor and Liberal – both deeply committed to the peace and prosperity of our Jewish communities.

But as we’ve seen in recent weeks and days – that consensus is fracturing.

The modern Victorian Liberal Party is no longer that of Menzies, McMahon, Fraser – or even Turnbull.

Instead, we’ve seen them flirting with the far right, with extremists, racists and – it must be said – neo-Nazis.

There are some attempting to dismiss or downplay the attitudes or actions of certain individuals.

But I think the Jewish community know better than any, with a candidate who self-describes as an “angry Aryan” or who believes “the answer to 2023 is 1933” – the response shouldn’t be obfuscation.

It must be outright condemnation. And it certainly shouldn’t be preferencing them.

You can’t share Shabbat with Jewish families on Friday – and then betray them at the ballot box on Saturday.

If you believe in our diversity – that every Victorian should be able to express their identity and practise their faith without fear – then you need to stand up and fight for it.

I believe our Labor government has done that in word and in deed every day for the past eight years.

Of course, the fight continues. And the rising tide of antisemitism, both here and around the world, requires governments to meet it with grit and determination.

And if we’re re-elected there’s even more to do: ensuring Jewish community spaces remain safe and strong, and strengthening our laws so that those who do engage in evil acts of antisemitism face the full weight of the consequences.

Because governments must do more than proclaim the value of our diversity – they must actually protect it.

Only Labor will stand with and for our Jewish communities – because only Labor is doing what matters.

Daniel Andrews is Premier of Victoria.